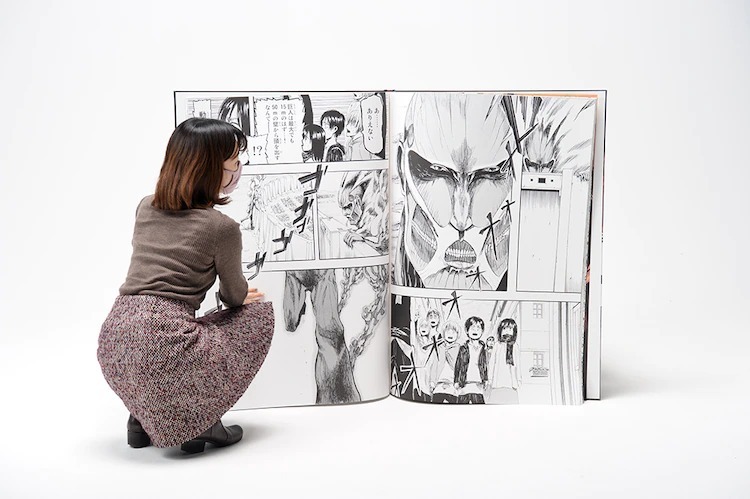 Back in March Kodansha came out with some limited edition Attack on Titan manga that were big enough to be read by a Titan. Each manga weighed about 30 pounds and was 1.01 meters tall and 0.71 meters wide.

To no one’s surprise, this turned out to be the biggest comic ever made, and now it’s been officially certified by Guinness World Records. 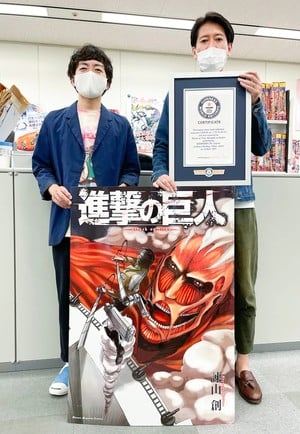 Only a hundred copies were made, and though they cost a pretty penny at 165,000 yen (about $1,500), they were sold out within minutes. The fact that they’re now record holders will probably make them only go up more in price if anyone wants to sell what they own.

Danica Davidson is the author of the bestselling Manga Art for Beginners with artist Melanie Westin, and its sequel, Manga Art for Intermediates, with professional Japanese mangaka Rena Saiya. Check out her other comics and books at www.danicadavidson.com.
Attack on Titan 322guinness world records 7

Sex Ed 120% Is a Funny and Informative Manga About Sex Ed in School
Love Stage!! Live-Action BL Movie Will Start Streaming This Week