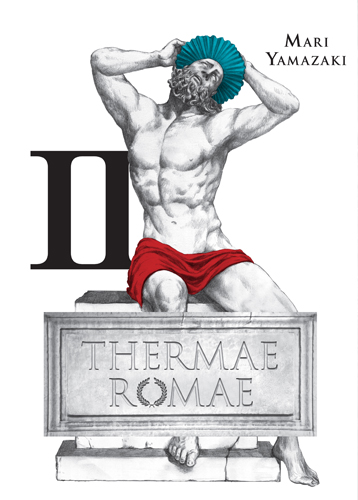 The first book in the series established a pattern where Lucius has some sort of dilemma, manages to get to modern Japan, finds a solution there, and goes back to ancient Rome where his solution works marvelously. It’s fun and entertaining, but the series would need to dig deeper if it wants to sustain itself. The second volume starts out with the same sort of pattern, then begins to change course. For one thing, we have an example of Lucius teaching a modern Japanese person something, instead of vice versa. (It was getting to a point where it almost felt like Roman = dumb and Japanese = brilliant. Lucius would get all worked up time and again over a marvelous modern-day invention and be beside himself that his beloved Rome hadn’t come up with anything better. I know the mangaka didn’t mean to make one culture seem great and one culture seem primitive, but it really had started to feel that way.)

Also, partway through the book Lucius makes one of his typical trips to Japan, and something different happens. He meets a young woman named Satsuki, and she speaks Latin. Satsuki loves ancient Rome so much that, in addition to learning the language, she put Roman Emperor posters in her room and a poem by Seneca on her ceiling. Lucius finally has someone he can communicate with and he has feelings for Satsuki, but he also has to return to Rome in order to help Emperor Hadrian. Likewise, while Satsuki is fascinated by Lucius, she can’t bring herself to believe he really came from ancient Rome, no matter what he says. Even his terror of TV, cell phones and fax machines can’t convince her.

The beginning of the second volume was fun (because Thermae Romae is always fun), but it felt like the first volume. However, as this one moved along, it shook loose from some of its patterns and got much stronger. I finished reading it angry that the next volume won’t come out until next year. Putting Satsuki in and having her interact with Lucius made the story move from just fun to fun and gripping. The art remains great, especially in all its Roman details. And you also have to give kudos to Yamazaki for her wit — I recognized the Laocoön spoof on the cover immediately, and I still can’t get over it. 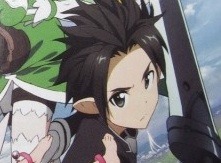 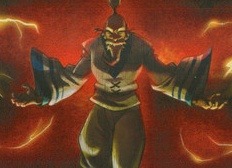 PBS: “Does It Matter What Evangelion’s Creator Says?” 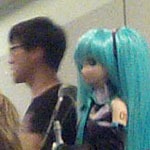