The World You Knew is Actually Two in Magical Warfare 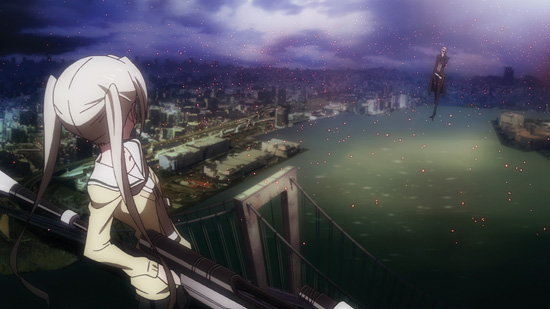 Hangings, beheadings, burnings at the stake—those who have been convicted as witches have met a myriad of grisly demises. This is such an entrenched piece of Western history that the English language has even adopted the term “witch hunt” to describe any instance of a group being unjustly gathered and punished for actions or beliefs deemed dangerous. With the centuries of persecution, you’d think magicians would have one another’s backs as they struggle to cope with outsiders fearful of their gifts, but in Magical Warfare, the greatest threat lies among their own.

Its summer vacation for the students of Sakuraya High School, and while most are enjoying their time off, first-year Takeshi Nanase can’t wait for classes to resume. Anything to escape his troubled family life—a strained relationship with both his mother and his younger brother, Gekkou. At least Takeshi has kendo practice to occupy his time, and his girlfriend Kurumi Isoshima accompanies him to the dojo each morning. However, this repeated routine grinds to a halt as a mysterious girl suddenly tumbles out the door of a neighboring room. 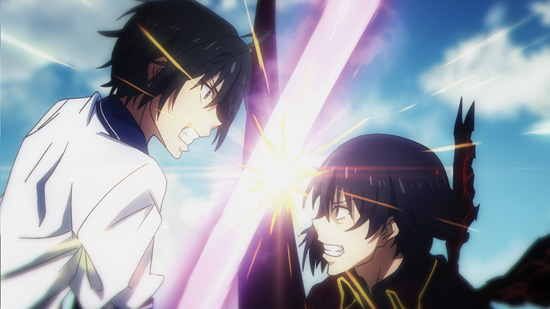 Thus we, and he, are introduced to Mui Aiba, who we quickly learn is a magician, affiliated with a powerful coven titled Wizard Brace, and she is in the midst of chasing down her big brother and fellow magic user, Tsuganashi, who has defected to an opposing group known as Ghost Trailers. Or rather, that is how other Wizard Brace members view the betrayal; the reality is that Tsuganashi was captured and his memories wiped clean. Mui is determined to get through to him, but as she pursues him, Tsuganashi and his henchmen aim to pull her into their ranks as well.

Poor Takeshi, having carried Mui to the infirmary, is caught right in the middle of all this and forced to brandish his bamboo sword, learning the hard way that no good deed goes unpunished. On top of that, as he flounders with a frightened and flustered Mui, he winds up coming in contact with magic, and as Mui explains, the bodies of those who have yet to hit adulthood are receptive to its properties. 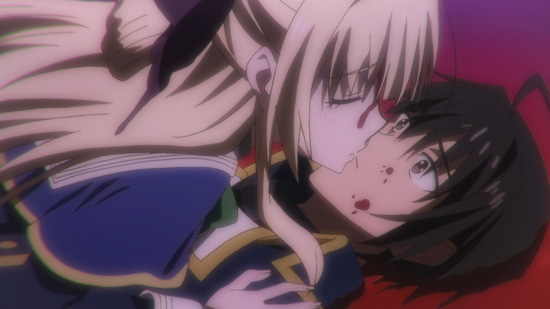 Once the cells have been stimulated, a person gains the ability to outwardly manifest magic. In other words, Takeshi himself has become a magician. So too does Kurumi, who bursts in, wondering why Takeshi is skipping practice and spending time with some strange girl, and Kazumi Ida, Takeshi’s delinquent-with-a-heart-of-gold best bud, begrudgingly reporting to school grounds for remedial classes when he spots Takeshi and Mui running off with a shady group hot on their heels and gets curious.

Mui and the fledgling mages, who have each been bestowed with a unique type of magic tailored to their personalities, manage to fend off their would-be kidnappers, but the three Sakuraya students can’t very well return to life as usual with their newly acquired powers. Instead, Mui brings them to her home—the Ruined World. More specifically, to Subaru Magic Academy, where they meet Director Momoka Shijou, who then launches into a history lesson. 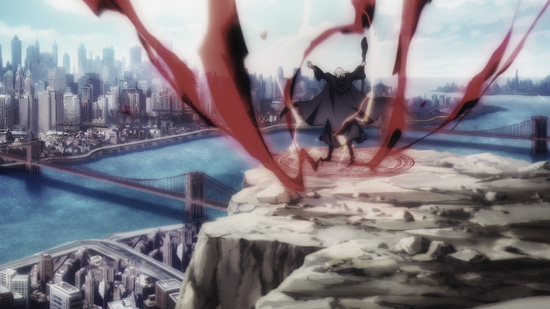 The Earth, as Takeshi and company know it, is a world split in two: the “Living World” and the “Ruined World.” This is a result of the first Great Magic War, which took place in 1999. The Ghost Trailers, led by an immensely powerful warlock named Kazuma Ryuusenji, clashed with the forces of Wizard Brace and their allies. The point of contention largely stems from their views of nonmagicians. While Wizard Brace and many other magician factions would like to live harmoniously with regular people, Ghost Trailers sees them as a scourge upon the Earth.

So, with the spell “Last Requiem,” Ryuusenji nearly wiped the planet clean, but the 15 “Great Magicians” combined their strength to save the populace. They accomplished this by creating two diverging worlds: one that carried on unharmed and the other that felt the brunt of the destructive magic. All that remains in the Ruined World is a crumbling Tokyo, and magician groups with differing ideologies continue to wage war amid the wreckage. Meanwhile, the Living World is protected by a spell known as the “Gift,” which prevents magicians from using their abilities against one another, lest they forfeit their powers immediately. 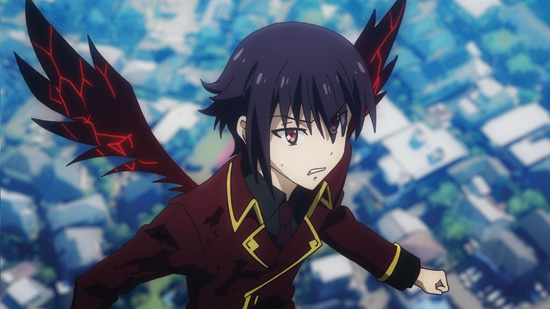 Despite residing in the Ruined World, Subaru Magic Academy is a haven from the bloodshed. After all, why waste time harming amateurs when they could be recruited post-graduation? It’s here that Takeshi, Kurumi, and Kazumi must make a decision: remain at Subaru and hone their abilities or return to the Living World, with their magic sealed. Having remarked that he would go anywhere to get out of his house, even to Hell, Takeshi makes his choice.

The Magical Warfare series was allotted 12 episodes, but it could’ve benefited from double that. Frequently skipping ahead large chunks of time, indicating progression with scant few lines of narration, Magical Warfare feels like an extended clip show of a larger season, and matters are only made worse with a revolving door of conflicts. Before the viewer has had even a moment to mull over the current crisis, it’s either resolved in an instant or abandoned altogether, never to be heard of again. 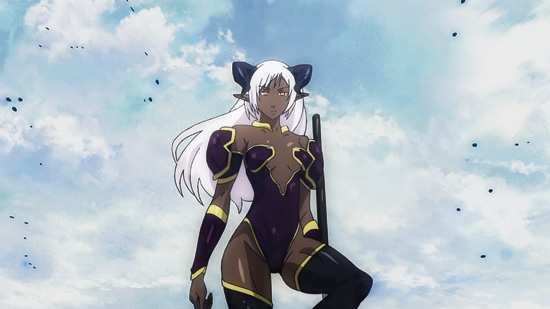 For all the complaints, there are certainly worse shows than Magical Warfare, so no need to break out the pitchforks and torches. The core premise is solid, and care is shown addressing the functionality of magic and the interactions between magicians and their communities.