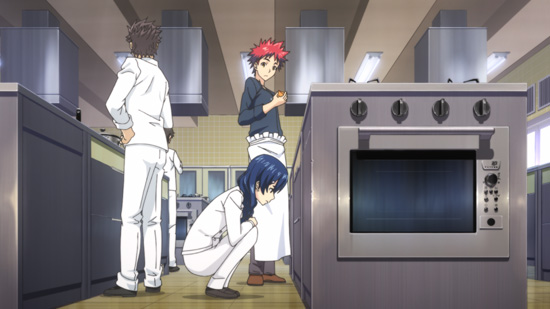 Have you ever eaten food so delicious you thought you might just keel over and die? It’s happened to all of us once or twice, though likely never to the point where our eyes have rolled back in our heads. That’s exactly what happens nearly all the time in Food Wars! Shokugeki no Soma, however, and it’s equal parts hilarious and inspiring. Who wouldn’t want to make such delicious food that it’s almost unbearably good to eat? Food mixes with pleasure in some rather bizarre ways in Food Wars, and that’s what makes it such a weird and wonderful ride.

Food Wars follows one Soma Yukihira, the son of Yukihira Restaurant owner and chef extraordinaire Joichiro Yukihira. The restaurant is home to some of the most delicious food anyone has ever eaten before, and patrons consume it in an almost sexual manner. Upon simply tasting the food, it’s not uncommon to see clothing flying and inhibitions lowered left and right. It’s pretty strange, but that’s the effect Yukihira’s food has on people. His son follows in his footsteps after Yukihira closes the restaurant down to cook abroad. Soma becomes enrolled in the elite Totsuki Culinary Academy, but while there he discovers he’s sorely lacking in the finer points of cooking. It’s there he truly becomes a commoner among the elites of the cooking world, but he also has several chances to prove himself there with a powerful palate and even more powerful cooking abilities. 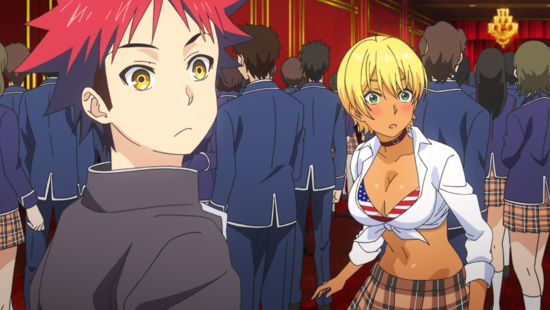 Of course, this attracts a lot of hatred from others who simply can’t fathom how this poor little transfer student could possibly possess such a distinct cooking ability. Erina Nakiri, the granddaughter of Totsuki Culinary Academy’s director, is one such jealous individual, and she, along with several others throughout the series, are each moved in several ways by Soma’s cooking, though in some very suggestive ways. While the series is hilarious and tongue-in-cheek in many ways,

Though Food Wars is a shonen series and focuses on action above most other plot elements, it still finds plenty of time to showcase decadent dishes, develop the relationships between its individual characters, and ensure that there’s enough screen time devoted to the lewd effect the foods have on their tasters. It might actually turn some away, given how raunchy it can be, but in some weird way that’s part of what makes it so entertaining. But unlike many other shows that lean on gimmicks like a crutch to tell their stories, Food Wars doesn’t have to rely on the skeevy scenes where it appears characters are having orgasmic moments related to the food they’re eating. Underneath all the strangeness, there’s a lot of heart, too. And that’s why you keep on watching. 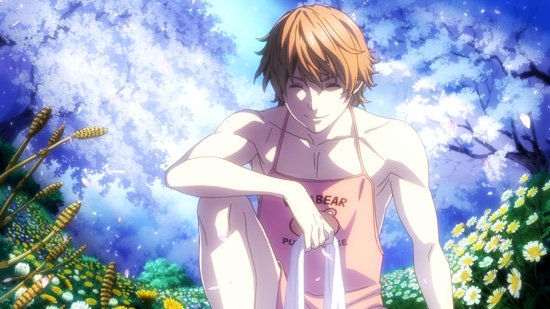 One of my particular favorite moments early on was when Sora himself found that his family’s restaurant had been raided, but he was still able to create a delicious dish using only the most basic of ingredients, so delicious that the antagonists responsible had to concede to Yukihira’s skill as a cook. It’s nearly like something I’d try to pull if I were in that same situation, but I’d have absolutely no idea how to. That type of magical realism is alive and well in Food Wars, and to an interesting degree.

It’s simple to prattle on about what Food Wars has and doesn’t have, but it is one series that simply must be watched to be understood. There’s nothing else quite like it, despite the droves of cooking anime out there, and it’s a cut above your typical shonen epic. It’s nearly as if you had taken the shojo classic Kitchen Princess and cut it with a healthy dosage of Shonen Jump for good measure. If you haven’t been following it thus far, I highly recommend that you do so. You might even be moved to stake your claim in the cooking world on your own. You never know. 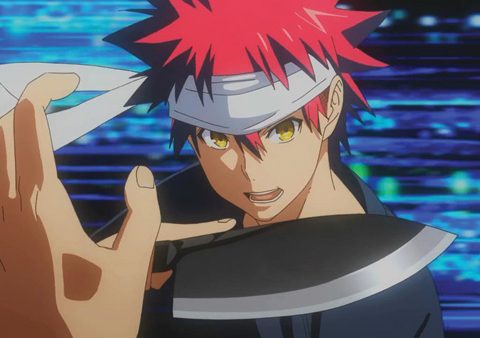 Shonen Battle Action is on the Menu in Food Wars!: Shokugeki no Soma

Naruto: Ultimate Ninja Storm 4 Shows Off Another Battle
The World You Knew is Actually Two in Magical Warfare