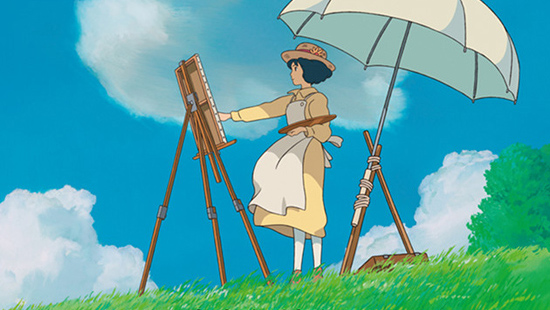 When machines of peace are used as weapons of war, does the creator bear responsibility?

Unlike Ponyo, this is definitely not a kids’ film. The Wind Rises is Miyazaki’s most mature, thoughtful work since 1992’s Porco Rosso, another film that incidentally (or not so incidentally) revolves around airplanes. It’s also, perhaps not so incidentally, one of his best films in years.

The hero of The Wind Rises is Jiro Horikoshi, a real-life historical figure who designed the Mitsubishi A6M Zero fighter pilot (more commonly known as the “Zero”) used by the Japanese air force in World War II. 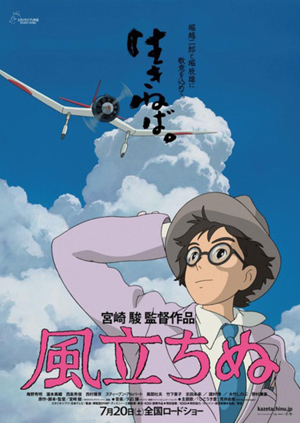 In Miyazaki’s film, Jiro is introduced as a young man obsessed with airplanes, but who’s unable to fly them due to his poor eyesight. One day, he has a dream in which he meets his hero, the Italian aeronautical engineer Giovanni Caproni, who encourages the young Japanese boy to design planes.

Fast-forward a decade, and we find Jiro working at Mitsubishi’s plant in Nagoya, an obvious prodigy whose designs are head and shoulders above his peers’. He’s living his dream, but there are occasional signs, both in conversations with those around him and his own nightmares, that point to Jiro’s work eventually being used for a terrible purpose.

Jiro is portrayed with a kind of naiveté: seemingly oblivious to anything around him that doesn’t involve airplanes, he finds design ideas wherever he looks, such as in the perfect curvature of the bones of the fish he’s eating for lunch.

To help portray this unique personality, Miyazaki made the unique decision to cast as Jiro not a professional voice actor, but longtime friend Evangelion director Hideaki Anno.

It’s a bit of a shock when Anno’s voice first appears: he’s so clearly not a voice actor, it’s jarring to hear him perform alongside more standard-sounding voice types. But it’s ultimately an ingenious bit of casting: Jiro sounds, appropriately, like he’s a bit different from everyone else.

The real life of Jiro Horikoshi was only half of the inspiration for the film, the other half a 1937 novella that also gives the film its name. It’s the story of two lovers torn apart by the woman’s onset of tuberculosis. In the film, the young woman, who’s name is Naoko, is the one thing able to tear Jiro away from his drafting table. The romance adds humanity and depth to the film, and helps counterbalance the main narrative.

As much a biography of a single man, The Wind Rises, which plays out over several decades, is a portrait of Japan from the early 1910s to the lead-up to the war with China, and eventually, the U.S. Jiro is swept up in historical events, like the Great Kanto Earthquake of 1923, which may be one of the more chilling scenes Miyazaki has ever put to film.

But it’s clear Miyazaki also has a lot of fondness for the pre-war era of Japanese history, when men wore hats as a rule, locomotives were powered by steam, and great cities like Tokyo and Nagoya were still traversable by river. And, of course, there are the airplanes. It’s a beautifully animated film; nothing less than we expect from Ghibli at their best. Same goes for the excellent Joe Hisaishi score, which has a very European feel.

Miyazaki films will always bear the weight of expectation, and it’s impossible not to compare his current work with his classics. But The Wind Rises fares well under even under those lofty expectations, and is well worth the wait. 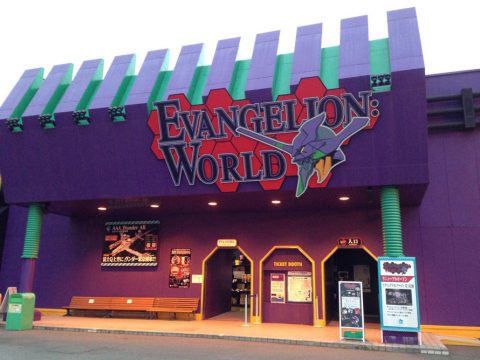