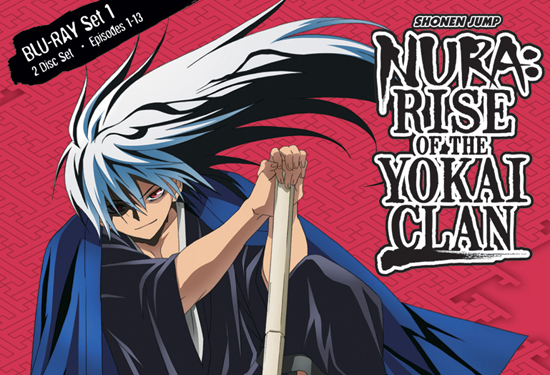 Some young people want to stand out from the crowd. Not Rikuo Nura. He wants to be your average 12-year-old human being. Too bad he has yokai in him.

That’s not all. Besides being one-fourth yokai, he’s supposed to succeed his grandfather and become lord of the yokai. You know, the supreme commander who leads 100 demons through the night. That’s a tall order, especially for someone who really, really just wants to be human.

Nura: Rise of the Yokai Clan started out as a popular manga, so it’s pretty much inevitable that a popular anime would be made. The series starts out differently from the manga, opening with a dark, dramatic scene that sucks the audience right in. (Sharp-eyed fans will notice other differences as well.) Surprisingly, though, Nura isn’t always quite as action-packed or in-your-face as one might expect, especially given that first scene. The opening scene, which gives us our first glimpse of Rikuo in his yokai form, is quickly replaced by scenes showing his ordinary human life. (Well, as ordinary as his life can get.)

We’re told toward the beginning that Rikuo’s yokai self has only been awakened once before, and this occurred years ago. However, once the anime starts, we see him revert to that form more and more. Rikuo is small, timid and a little on the squirmy side when he’s in his (mostly) human form, but when he gets into his yokai form, he’s taller, self-assured, and has a long wave of hair streaming out behind him.

While his grandfather wants Rikuo to inherit, not everyone does, and it’s soon clear that there are dangerous politics in being next in line for the throne. Even if Rikuo insists he doesn’t want to rule the yokai, he might not live to get the chance to inherit. Other demons have their eyes on him, and he even goes to school with a girl who slays yokai. No pressure, Rikuo!

Though there are times when Nura takes a little longer than average to get to the point, it’s still a fun adventure story. The fantasy element is always entertaining, and the looks of the yokai run from creepy to downright amusing. I’m always a fan of stories based on folklore and legends, and the art really runs with creativity when it comes to showing us how yokai might appear. VIZ currently has episodes 1-13 on both Blu-ray and DVD, and it’s enough to whet your appetite. 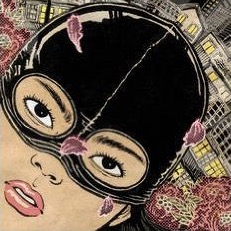