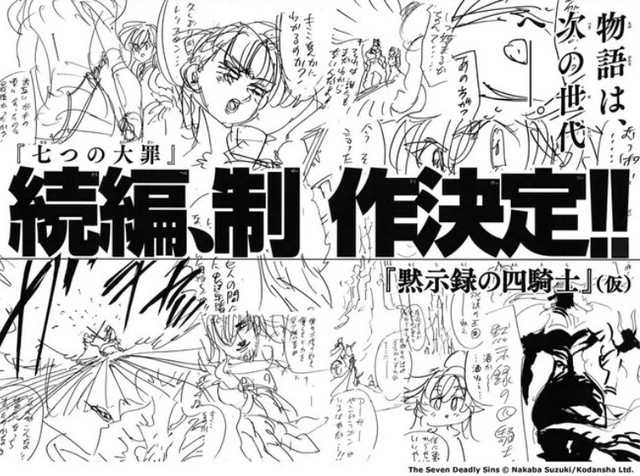 One story ends and another begins! Wednesday marked the final installment of Nakaba Suzuki’s The Seven Deadly Sins manga, but it came along with some new announcements for the series. Chief among them is a new TV anime called The Seven Deadly Sins: Anger’s Judgment, which is set to kick off in Japan this October.

This also isn’t the end of the manga, at least if you take the fact that a sequel series is already in the works into consideration. Kodansha announced plans for a followup tentatively titled Mokushiroku no Yon-kishi (The Four Knights of the Apocalypse), which will focus on Tristan, one of the four Horsemen.

As if all that wasn’t enough, there’s also a new stage play called The Seven Deadly Sins The Stage: The Treacherous Great Holy Knights on the way. This one has Nobuhiro Mōri directing again, with performances scheduled for June 18-28 at The Galaxy Theatre in Tokyo. 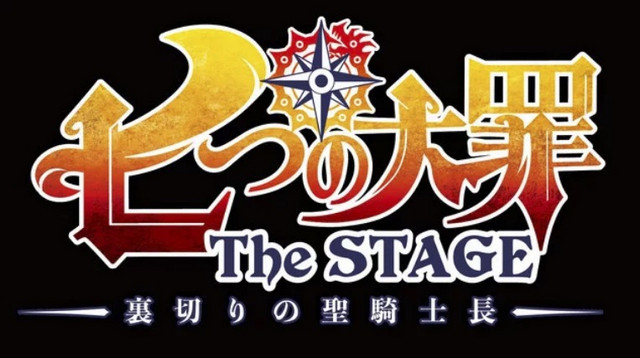