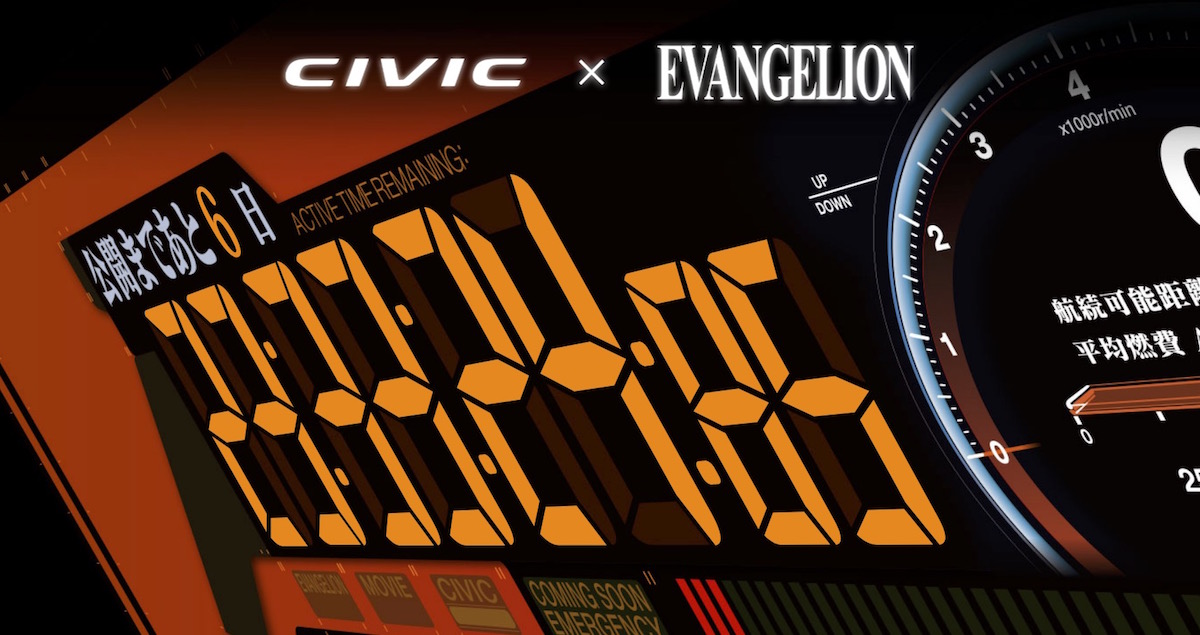 If there’s one thing we’ve learned from Neon Genesis Evangelion, it’s to never be surprised at its many collaborations. The latest has the anime franchise teaming up with Honda for a new collaboration to promote Honda’s Civic hatchback. The teaser site is now live, right between the Civic’s minor model change on January 23 and the upcoming June 27 opening of Evangelion: 3.0+1.0.

According to the site, the collaboration is designed to “deliver the appeal of the new Civic to the people who want to move freely with their own will by overlapping the Civic’s message ‘evolving without stopping’ with the Evangelion series, which has evolved and been loved even after 25 years since its first broadcast.”

Details are light at the moment, but content will be posted to the site, which currently has a mysterious countdown on it. Look for the whole picture of the project to be revealed in the next week.

There are also teasers for videos featuring Shinji, Asuka, and Rei: