The Classic Mobile Suit Gundam Series Is Relaunched in America 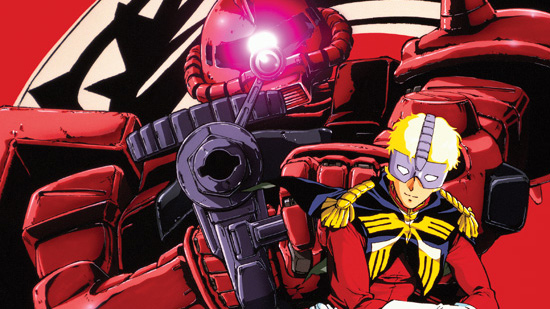 I feel as though I could write a book on all of the things that were done incorrectly with regard to the handling of Mobile Suit Gundam and its various sequels and spinoffs in the United States. Perhaps, between all I’ve said the past few decades, I collectively have? The adage “nobody messes up anime releases in the US more than the Japanese themselves [and Harmony Gold]” was practically born from the trials and tribulations one experiences being an American fan of this cornerstone of Japanese animation. 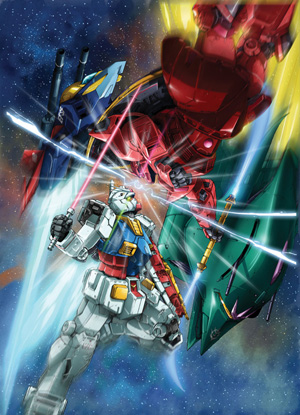 Indeed, the reason our Gundam coverage has been so sparse outside of the earliest issues is that it’s all been either out of print, unreleased in the US entirely, and/or terrible throughout the lifetime of this publication, with the only exceptions being modern productions requiring the to viewer possess knowledge of the original series to fully appreciate. Much as I love Gundam Unicorn and Gundam: The Origin, I couldn’t recommend them to others knowing full well that there was no way for people to legitimately see the original works that contextualize them. That original TV series—which for simplicity’s sake I’ll refer to as First Gundam because there are so many Mobile Suit Gundam TV shows now—has not been available in the US for a long, long time.

But now, in the 21st century, it can finally be written for the first time: the original 1979 Mobile Suit Gundam television series is now legally available to be viewed in the United States not just dubbed in English, but with the option of viewing it in the original Japanese language with English subtitles. Those wondering “why did it take so long?” are advised to recall that book I said I could write, but at least we now have high-definition transfers taken from film prints for all 42 episodes.

Yep, it’s still 42: Episode 15 remains omitted per the request of creator Yoshiyuki Tomino as a result of a personal grudge he’s held for nearly 40 years against one of the staff members responsible for that episode. Given that it wasn’t removed from Japan’s release and nothing about the episode itself is especially bad, I suspect it has more to do with “the Japanese want only their release of Gundam to be complete” like what they do with Sailor Moon.

Whether 42 episodes or 43, that’s simply too much to suggest someone completely new to this whole Gundam thing go watch. 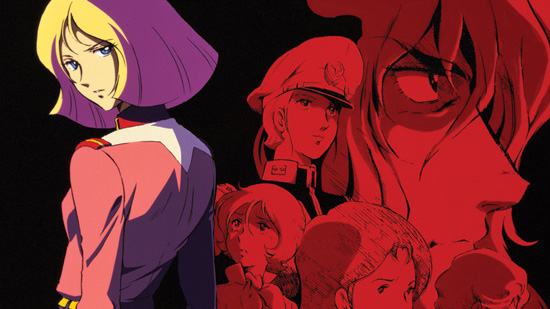 Still, that didn’t stop the Japanese from trying. Following the massive success of Gundam Wing on the Cartoon Network in the early 2000s, the questionable decision was made to follow it up with First Gundam. Even 15 years ago the series already looked and sounded far too old to appeal to American anime fans; after all, it’s from the 1970s and wasn’t even recorded in stereo! To save face, it’s often said that the US broadcast was halted as a result of the 9/11 World Trade Center attacks. The reality was simply that fans here weren’t interested in watching. 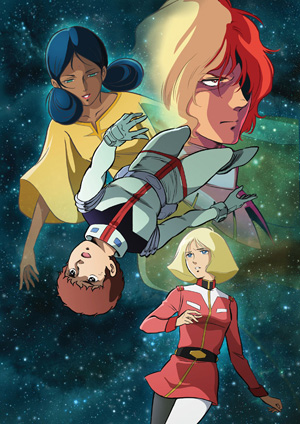 If you’re interested in Gundam and aren’t opposed to watching something that’s undeniably “old”—and those are both pretty big “ifs”—then my recommendation is to first watch the trilogy of compilation films that were assembled by Gundam’s other chief architect, Yoshikazu Yasuhiko, before diving into this entire series. In fact, for the sake of your otaku cultural literacy, everyone should at least watch those movies! Compilation films only work when a significant quantity of the source material can be cut out without negatively affecting the plot or characterization, and by virtue of the era it was made in, this is the case with First Gundam. The “lost” Episode 15, like most of the series, is ultimately irrelevant to the ongoing plot such that the compilation films skip over it completely.

Fifty years into the Earth Federation’s colonization of space, as off-world colonies are established and generations of humanity grow up never having lived on Earth, one space colony violently secedes. Declaring itself “the Principality of Zeon,” the resulting war between the Federation and the Zeon is nothing short of catastrophic. When the war comes to the doorstep of teenage mechanic Amuro Ray, he finds himself in the cockpit of the Federation’s top-secret weapon: a (then) one-of-a-kind giant robot known as the Gundam. Displaying a mysteriously high aptitude toward its piloting, Amuro and a group of other young civilian refugees aboard a Federation ship known as the White Base must evade pursuit by the Zeon and their ace robot pilot, a masked man known as Char Aznable. Except Char is not quite the man he appears to be. Then again, neither is Amuro. 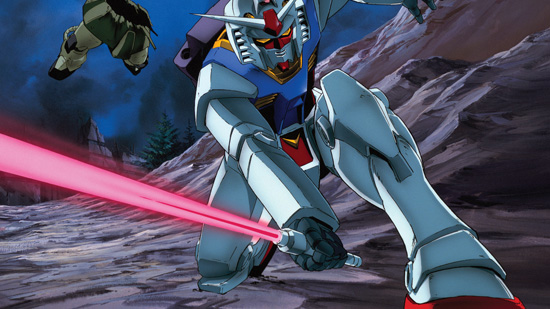 Chances are pretty high that if you’ve read this far, you’ve made your decisions in favor of Gundam long ago; everyone else saw that iconic samurai armor-inspired RX-78-2 designed by the now legendary Kunio Okawara and kept turning pages until they didn’t see V-shaped head fins anymore. To you, I say this: our recollections that First Gundam marked a departure from the superhero-style giant robots in favor of being a more nuanced war story between two sides, neither of whom are completely good or evil, is a little off the mark.

Viewing the TV series, where practically every episode features a new enemy robot and periodically an addition to Gundam’s arsenal, reveals that First Gundam still embodied much of the “super robot” spirit. In Super Robot Wars terms, the emphasis shifting toward “real robot” stylings and “Newtype” ESPers was more a product of Yasuhiko’s compilation movies. So rather than a clean break, think of First Gundam, along with the previous year’s Zambot 3 (also by Tomino and Yasuhiko) as a transition point between that episodic “monster of the week” TV format and the more serialized approach used today, the latter of which enables greater complexity in characters and situations. 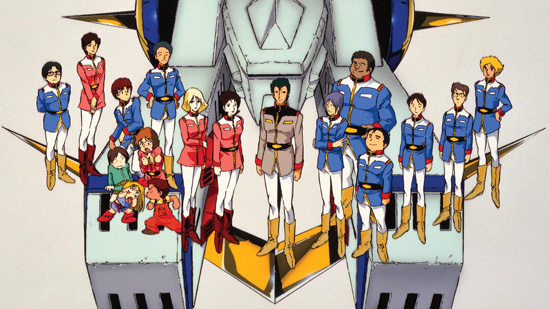 It seems as though the purpose of the original Mobile Suit Gundam in 2015 is to serve mostly as fodder for nerd in-jokes pertaining to quotations taken from the first few episodes: “three times faster” this, “not even my father ever hit me” that. This is nothing new, as even Otaku no Video showed the enduring legacy of not caring to acknowledge the mistakes of one’s youth. I understand; that’s really the only audience for the show at this point. There’s no way I could suggest to a first-time viewer that they should start with Mobile Suit Gundam TV, and you shouldn’t either. Let this series be a supplemental to your “Universal Century” education, once you have the contextual background to instantly know what that term is referring to.