Tatsuki, who directed the first hit season of Kemono Friends before being removed from the project, is back with his own original anime.

The two-minute promotional video, produced by Tatsuki and his animation team irodori, is described as a “temporary version.” The YouTube description says a completed version will be uploaded shortly.

In the video, the two characters explore a spooky version of Nakano Broadway, the Tokyo mall famous for its collection of otaku goods and winding, maze-like layout.

Tatsuki and studio Yaoyorozu were removed from Kemono Friends season 2 after a dispute about unlicensed use of the property.

It looks like Tatsuki is moving out of Japari Park and into Tokyo. 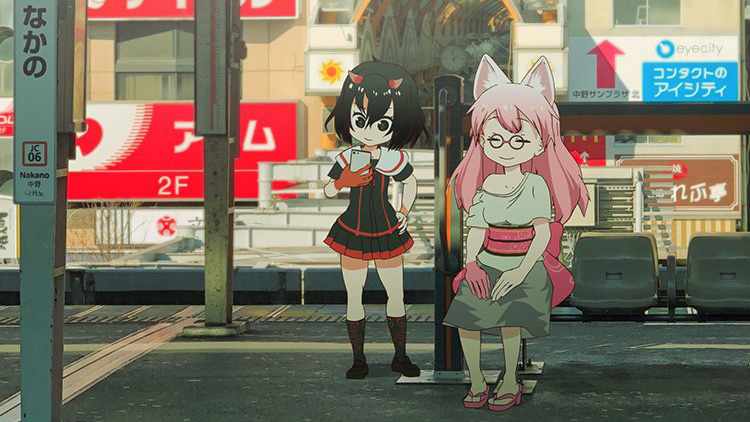