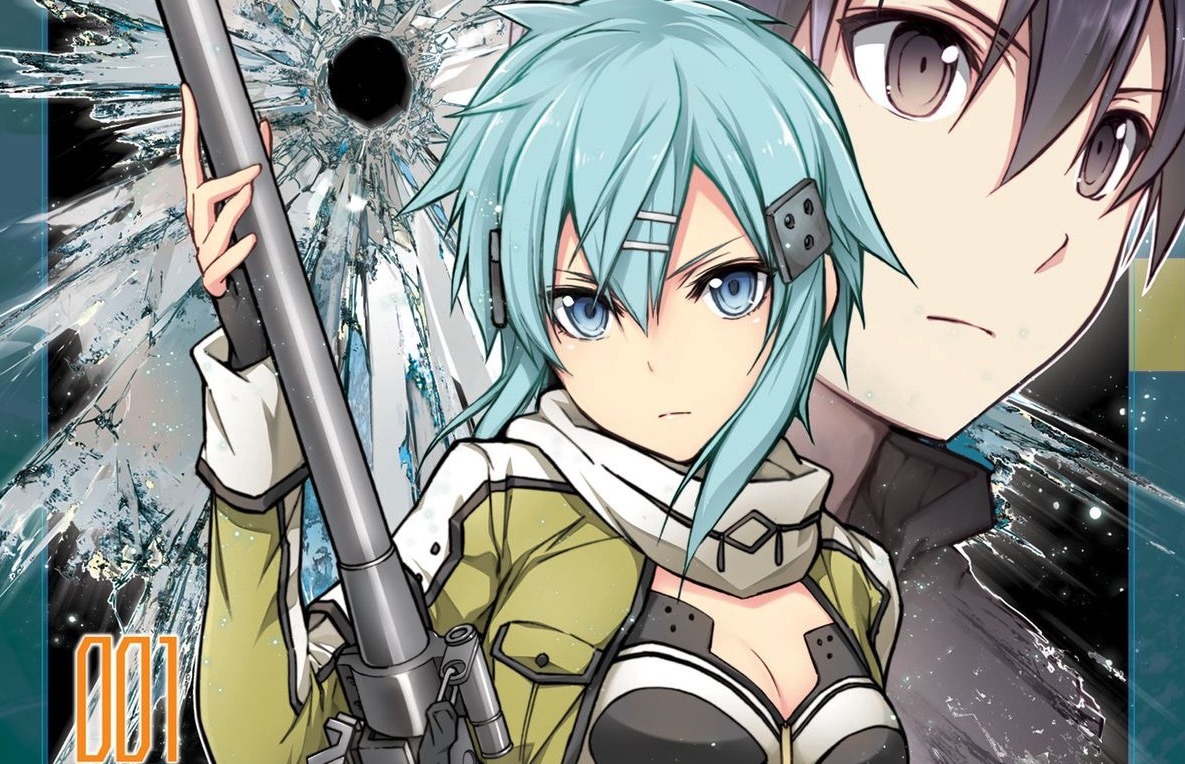 The artist revealed the ending plans on Twitter, saying that the series will be wrapping up in the next chapter. Here’s the tweet and accompanying art:

The Sword Art Online: Phantom Bullet manga has been collected in three volumes so far, all of which Yen Press has published in English. Here’s the official synopsis:

A year after Kazuto and Asuna escaped from Aincrad, the deadly setting of Sword Art Online, they’re still coping with the aftermath as they try to recover from the harrowing experience. Meanwhile, there’s a new VRMMO game sweeping the world’s gamers–Gun Gale Online. When a mysterious player who calls himself “Death Gun” claims to be responsible for real-world deaths, Kazuto (aka Kirito) is recruited to enter the game to investigate, bringing an end to his hard-won peace!