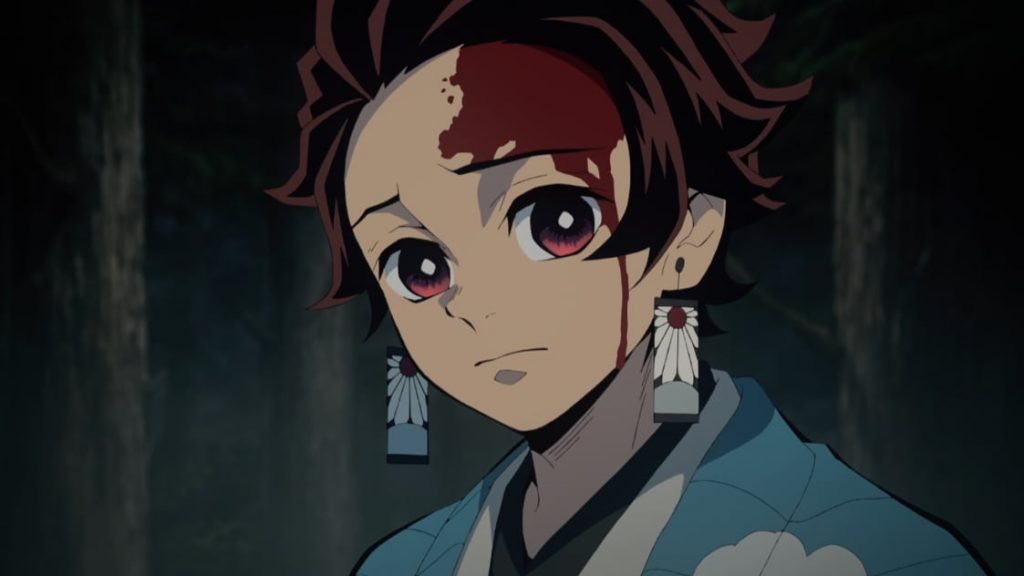 As you may be aware, Demon Slayer: Kimetsu no Yaiba, the manga from Koyoharu Gotouge, is the undisputed heavyweight champion of the day. It’s sold about a gazillion copies in Japan, prompting some bookshops to adopt a lottery system or even hide it from would-be thieves.

Why is Demon Slayer so popular? Animate Times surveyed its readers to find out. 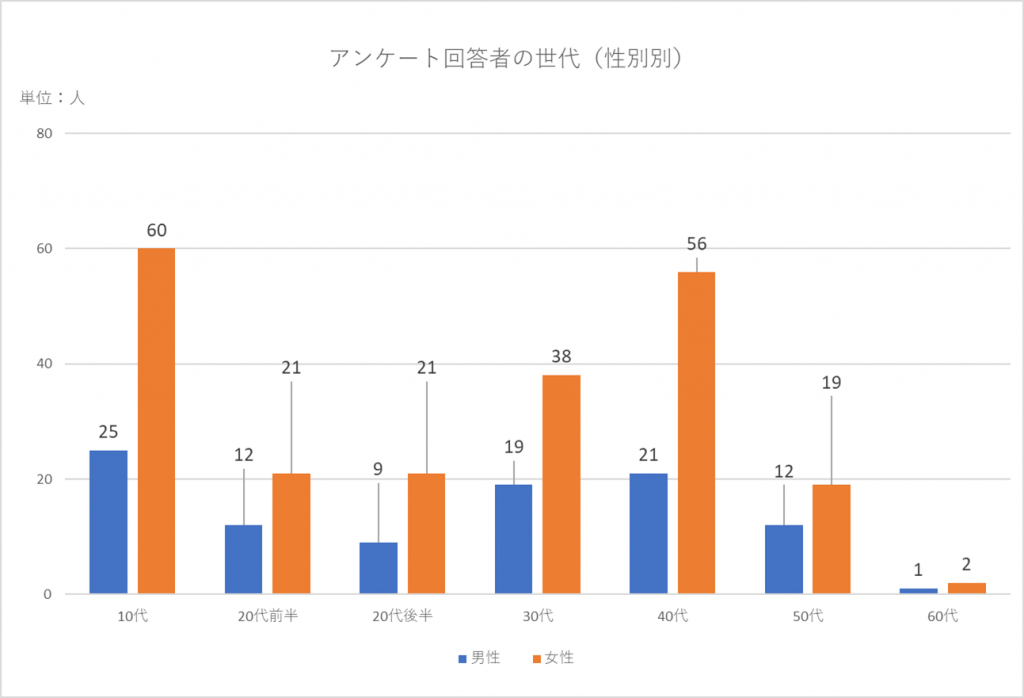 Next, Animate Times asked these respondents how the originally heard about Demon Slayer. From left to right, the Japanese reads: 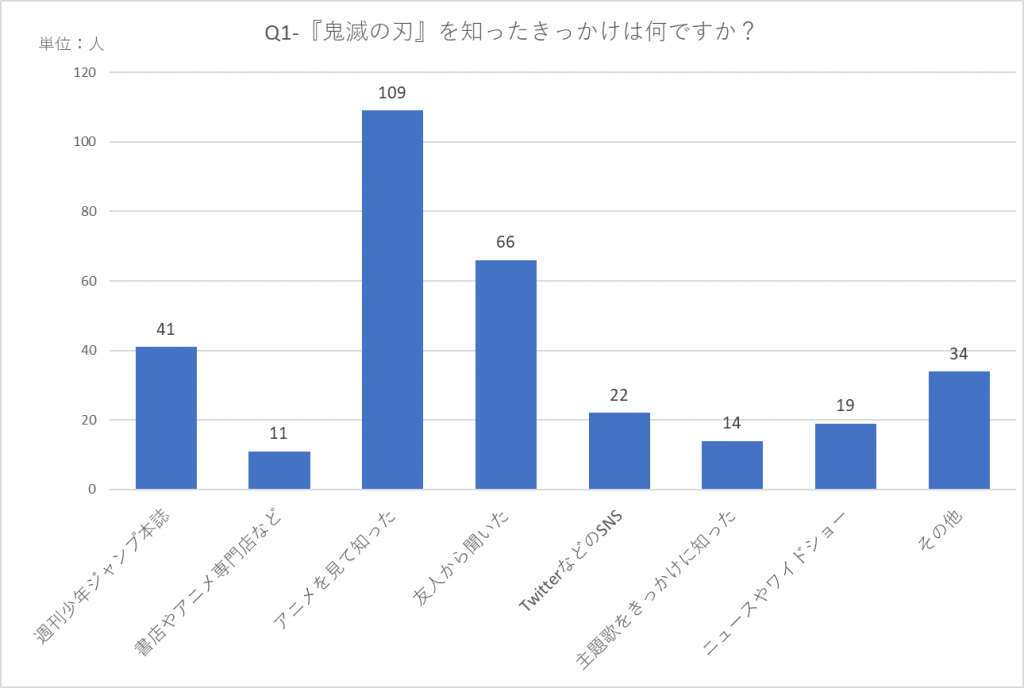 Clearly, the anime had a huge effect. After all, the manga had been running since 2016, but only became a monster hit after the anime adaptation started airing in 2019.

The next question asked which elements of Demon Slayer respondents found interesting. The elements included, from left to right, are: 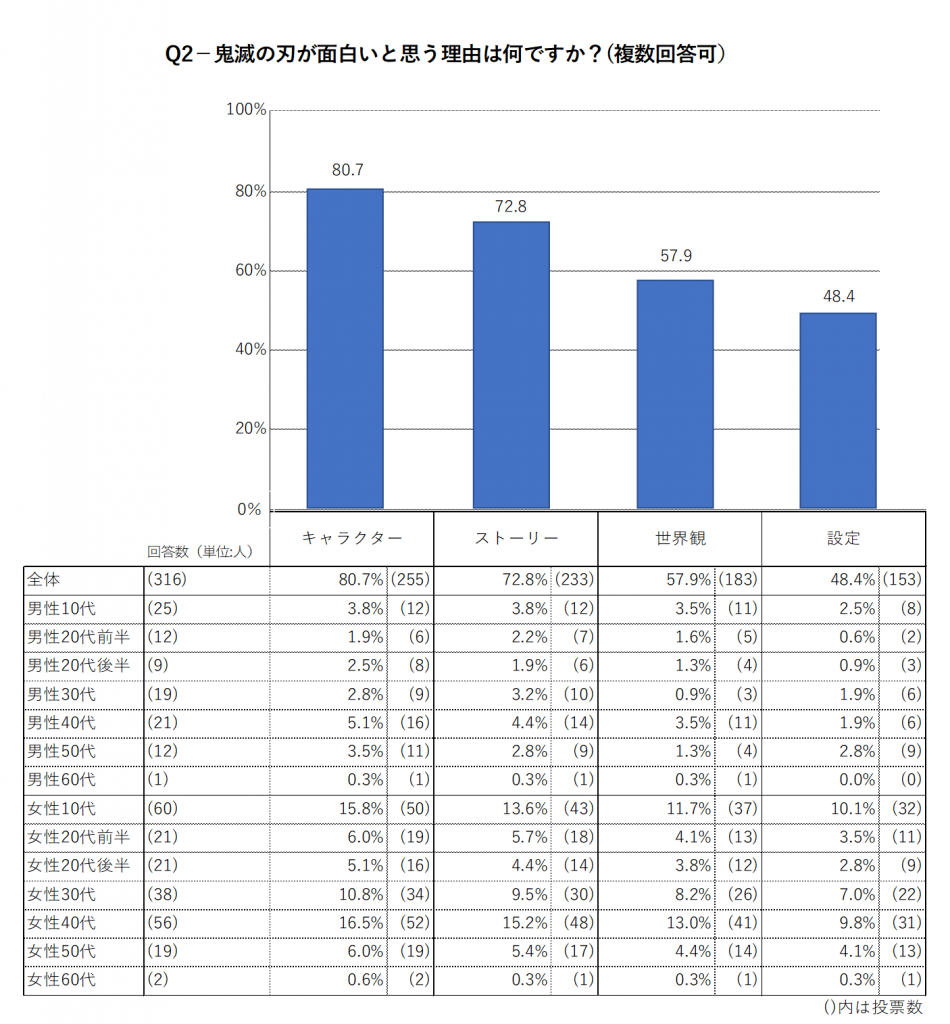 Respondents were allowed to pick as many as they liked. 80.7% went for characters, making it the highest-ranked category, followed by story at 72.8%.

Finally, the survey asked respondents to write in their own specific reasons they like the manga. Many commented on the pace and the originality of each character. Others wrote that “the story is easy for anyone to get into, and doesn’t use complicated words,” and “not just the main character, but the demons themselves, also have their own back stories.”

Finally, many respondents noted that while it runs in Shonen Jump, ostensibly a magazine for younger readers, the manga appeals to adults as well. That definitely explains the age breakdown above, where the two largest categories are people in their teens and 40s.

Did any of the results here surprise you? And how did you get into Demon Slayer?