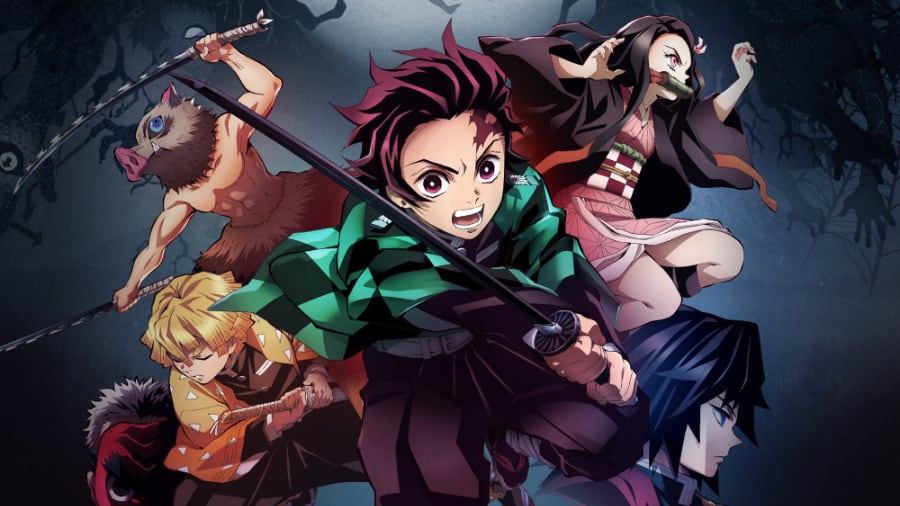 Demon Slayer: Kimetsu no Yaiba is one of the hottest manga properties in Japan at the moment, with fans snapping up new volumes faster than they can be printed.

Unfortunately, this popularity has led to a mini-crime wave that’s forced some bookstores to change the way they sell the manga.

One retailer put up a sign in its manga section explaining the lack of Demon Slayer: there have been several instances of shoplifting, so customers must now ask for the manga at the counter. 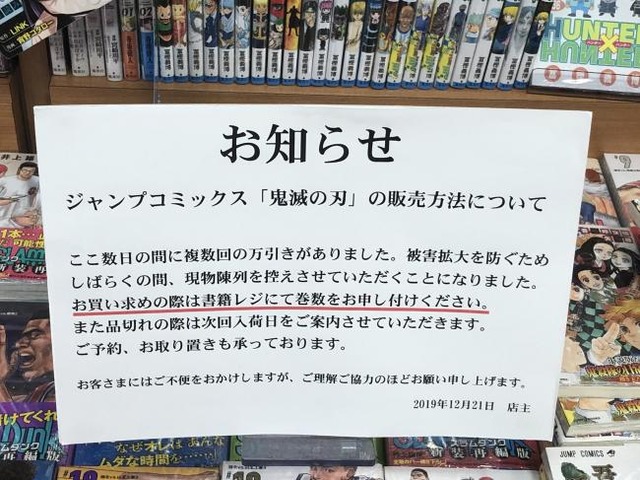 Elsewhere, a shop put up photos pulled from security camera footage of a young woman in her teens spotted stealing volumes of the manga.

And at yet another location, a store put up a handwritten sign about the special cards that come with some volumes of Demon Slayer. Came with, that is: this store, at least, has stopped including the cards with volumes 1 to 17 of the manga because people keep stealing them. 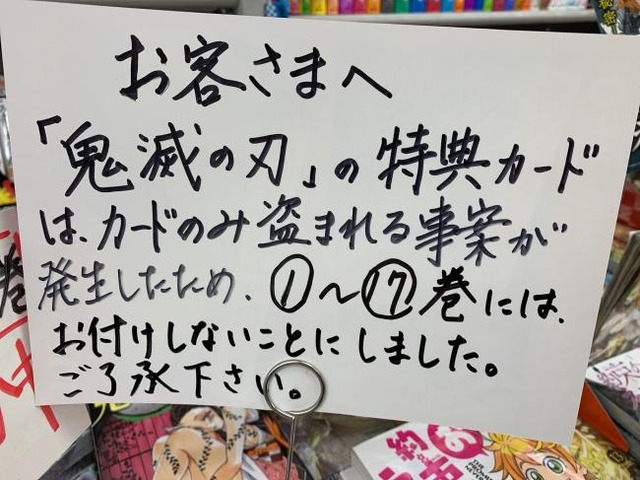 If you want to get your hands on Demon Slayer — y’know, by paying for it — in English, you can through Viz Books, who describe it like this:

View all posts by Matt Schley
See More of the Weathering With You English Dub
To Your Eternity, Manga from A Silent Voice Creator, Gets Anime