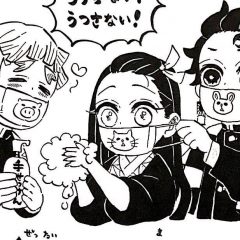 Japan’s artists are doing what they can to help spread awareness about COVID-19 and keep stir crazy fans at home from going, well, crazy.

Now Demon Slayer: Kimetsu no Yaiba creator Koyoharu Gotoge has also gotten in on the, uh, fun, creating a Demon Slayer-themed illustration that reminds us all to do the right thing in the battle against the virus.

From top to bottom, the illustration reads:

Wash your hands! Gargle! Wear a mask!
The three beats!

There’s no way we’re going to lose against corona!

Look at how perfect I am! 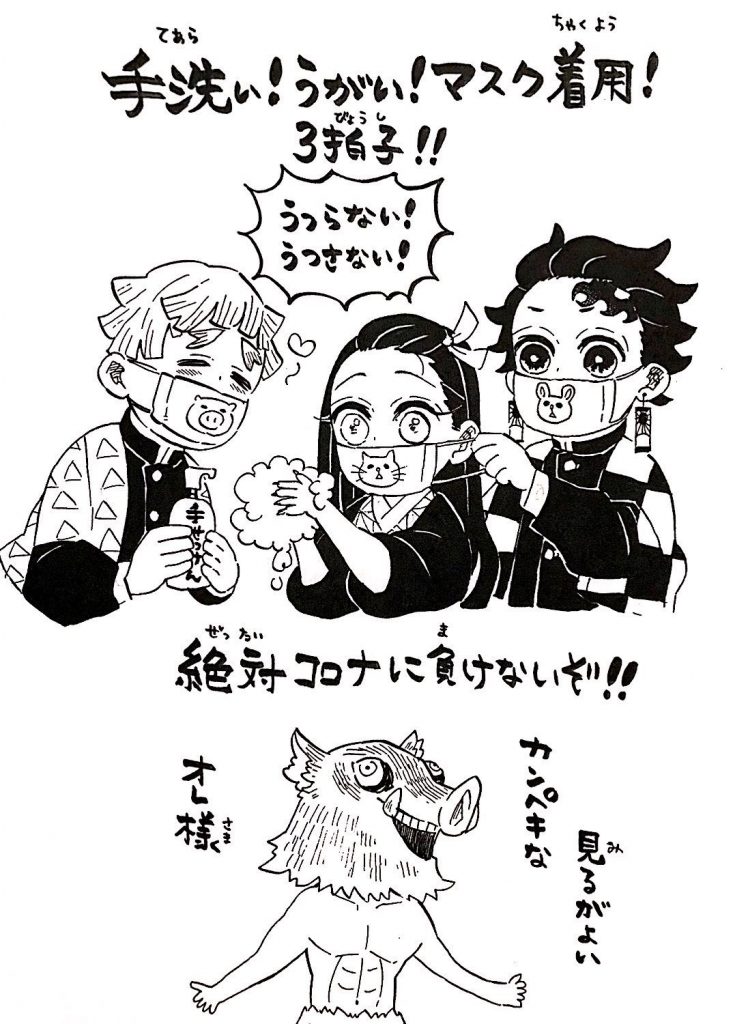 Gotoge’s Demon Slayer: Kimetsu no Yaiba has run in the pages of Shonen Jump since 2016, and is set to wrap up next month. It became one of Japan’s best-selling manga thanks to the anime adaptation that premiered in April 2019. A film is headed to Japanese theaters in October.

Learning to destroy demons won’t be easy, and Tanjiro barely knows where to start. The surprise appearance of another boy named Giyu, who seems to know what’s going on, might provide some answers—but only if Tanjiro can stop Giyu from killing his sister first!