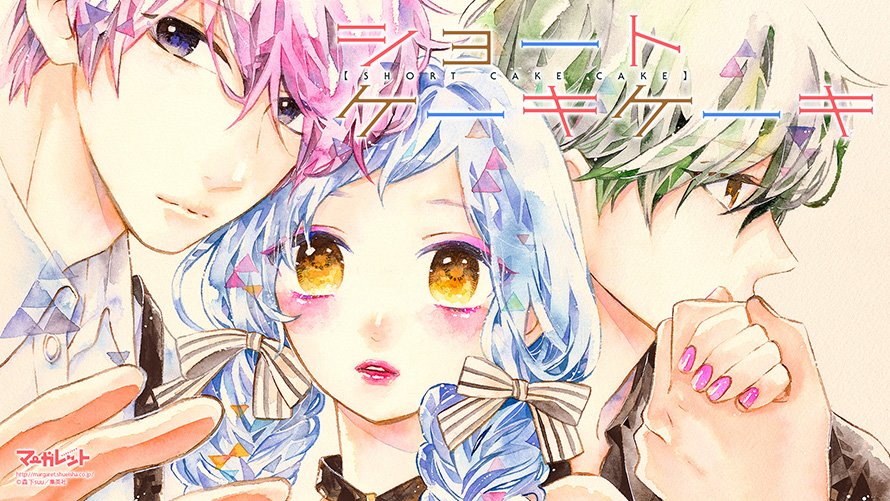 Would you put up with a two-hour bus commute to attend the high school of your choice? What if you had to wake up before dawn and make the trip from your home up in the mountains? That’s the situation Ten Serizawa faces in Suu Morishita’s Shortcake Cake, and it’s a frustrating predicament. She can’t spend time with her friends after school, or indeed do much of anything other than travel to and from school. What’s a girl to do? 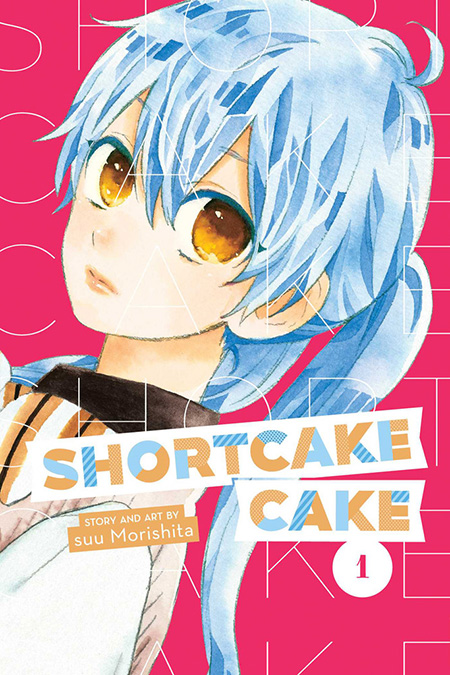 At the advice of a friend, Ten moves into a boarding house where her friend Ageha also resides. It’s only seven minutes from school, and it allows her to get a lot more accomplished at the beginning and end of each day. There’s just one problem: in addition to Ten and Ageha, the house is full of boys!

Backed by a house mom and supportive parents, Ten starts a new life that opens up a world of possibilities for her. But she’s not well versed in the language of love, making her a romantically oblivious heroine in the mold of manga like Ouran High School Host Club or The Wallflower. Ten’s interactions with her male housemates are simultaneously heartwarming and hilarious, and the breezy pace of the manga moves the story along while allowing time to get to know all the characters. Ten’s personality clashes with the resident playboys and she reacts to their advances with hilarious cluelessness. Of course it’s all hurtling toward an eventual relationship between Ten and whoever ends up as her “favorite,” but it’s such a lighthearted story that it’s hard not to enjoy.

There’s not a lot of complex storytelling in Shortcake Cake, but there doesn’t have to be. It’s a light, fluffy romantic shojo comedy with plenty of characters and situations to explore. Like the cake it’s named after, it’s a sweet treat, a chance to relax with a charming story and likable characters.

Negima!? [Review]
Why The Hell Are You Here, Teacher? Manga Gets TV Anime