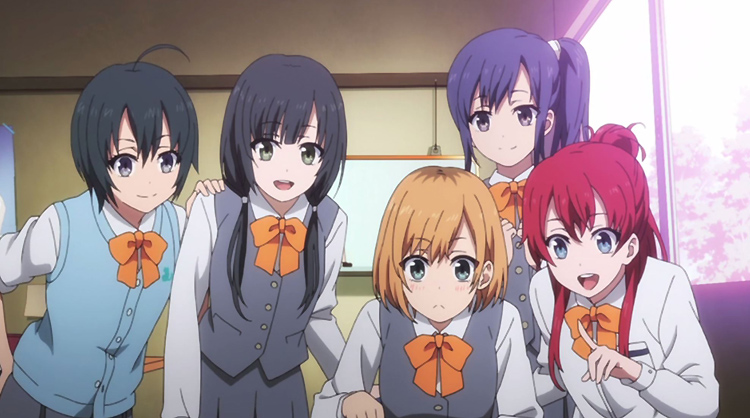 The rumors have finally been confirmed: Shirobako, the anime about people who make anime, will be getting a cinematic sequel.

The project was announced this weekend at a Shirobako-themed event in Tokyo.

The film will bring back director Tsutomu Mizushima, scriptwriter Michiko Yokote, studio P.A. Works and more of the original cast and crew.

It’s been confirmed the film will not be a compilation, but will continue the story of the 2014 series.

Aoi will never forget how she felt the day her high school animation club’s labor of love was shown at the cultural festival. But two years after graduating, she works as a production assistant for an animation studio, the reality of her job has somewhat diminished her enthusiasm. Despite the long hours and the daunting schedule, she still hopes to fulfill the promise she and her friends Ema, Shizuka, Misa, and Midori made: to one day reunite and make a real anime of their own as professionals!