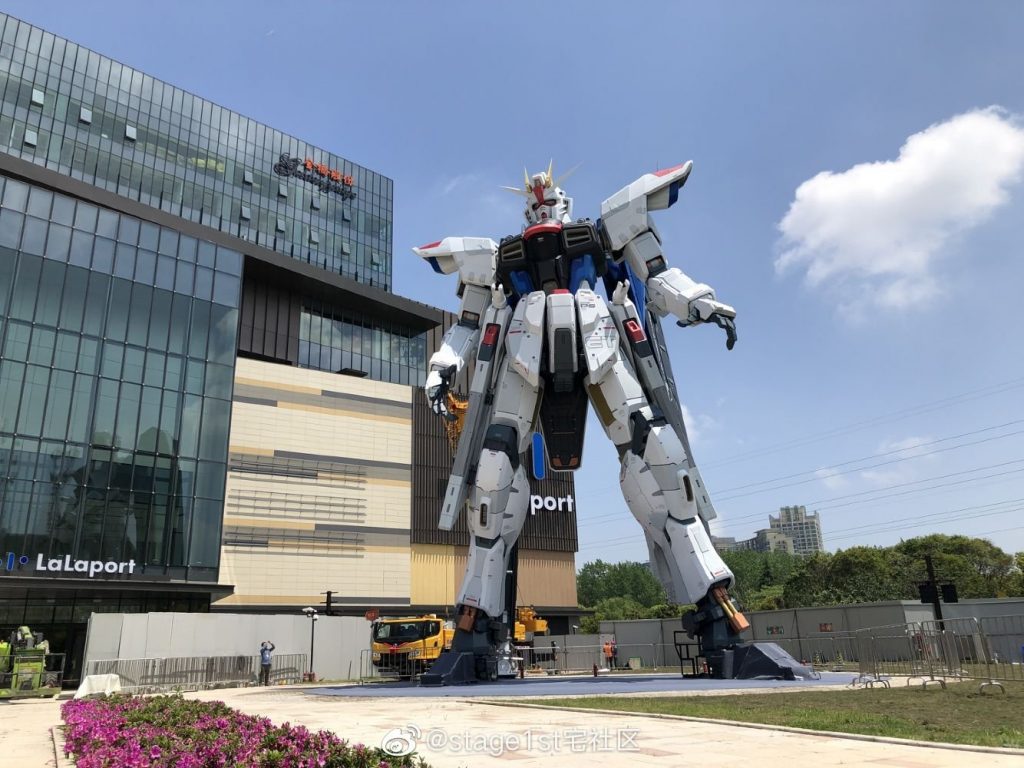 Last year fans were psyched to see a giant moving Gundam in Yokohama, and now there’s another giant Gundam for fans to see! The Freedom Gundam is a statue (meaning it doesn’t move like the one in Yokohama) and it is located in Shanghai, China.

The official opening ceremony won’t take place until May 28, but it’s out there for public viewing. (It’d be hard to miss it.)

Why a Gundam statue here? Well, a Gundam Base gunpla store just opened up right by it at the Mitsui Shopping Park LaLaport Jinqiao, and this would be a great grabber to get people into the store.