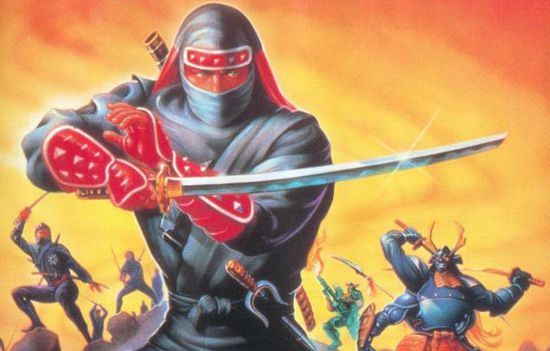 In the latest issue of Otaku USA, Heidi Kemps covered the excellent M2-developed Sega 3D Classics line on Nintendo 3DS. Be sure to read the article for more on the overall series of 3D remasters—which take some of Sega’s hits from the arcade and Sega Genesis/Mega Drive library, from Space Harrier to Sonic the Hedgehog, and tweak them with stereoscopic 3D support and a bunch of extras—because we’re here now to talk a bit about a specific game. That’s right; that howling ninja whirlwind you hear in the background is none other than Shinobi III: Return of the Ninja Master.

Originally released in 1993—and titled The Super Shinobi II in Japan—Shinobi III is a seriously action-packed side-scroller. It takes some of what was established in previous Shinobi games and ups the ante, creating an experience that kind of blew my mind when I was younger. It’s all very action film, with set piece after set piece providing intense new challenges, gorgeous visuals, and the type of soundtrack we had come to expect only from Sega’s console at that point. It’s lacking Yuzo Koshiro, so it’s no Revenge of Shinobi, music-wise, but there are still some choice jams here. 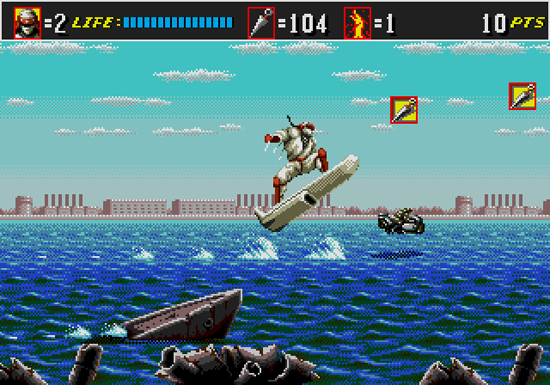 Joe Musashi takes center stage once again in Shinobi III, running the player through everything from parallax-heavy horseback and surfboarding stages to a Mechagodzilla-like boss battle, some nasty Innerspace body horror, and more. The aforementioned parallax (multiple layers scrolling at different speeds to simulate depth) makes Shinobi III an ideal candidate for M2’s 3D conversion. The foreground pops and background items zip by deep into the 3DS screen, making an already fantastic-looking game stand out even more.

Controls remain precise, but veterans who want to try something different can dig into the added Expert Ninja mode. It’s kind of jarring at first, but give it some practice and you might eventually find yourself at an advantage thanks to the remixed control scheme. 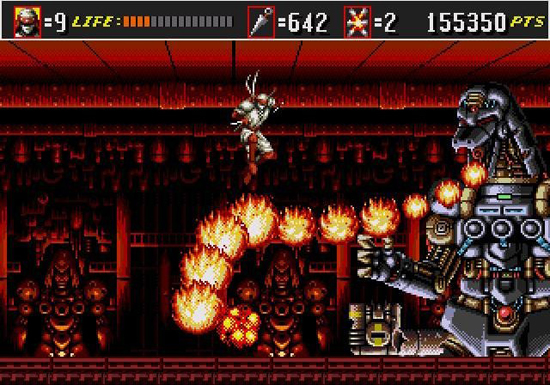 M2 added in the usual host of welcome extras to complete the package. There’s the option of playing either the International or Japanese versions of the game, a CRT filter that simulates older TV screens, button remapping, and, for those with particularly sharp ears, Mark I and Mark II Genesis sound chip options. It all adds up to another solid entry in a steadily-growing line of classics given new life on Nintendo’s portable. If you haven’t tried any of the Sega 3D Classics out for yourself yet, this is as good a place to start as any.