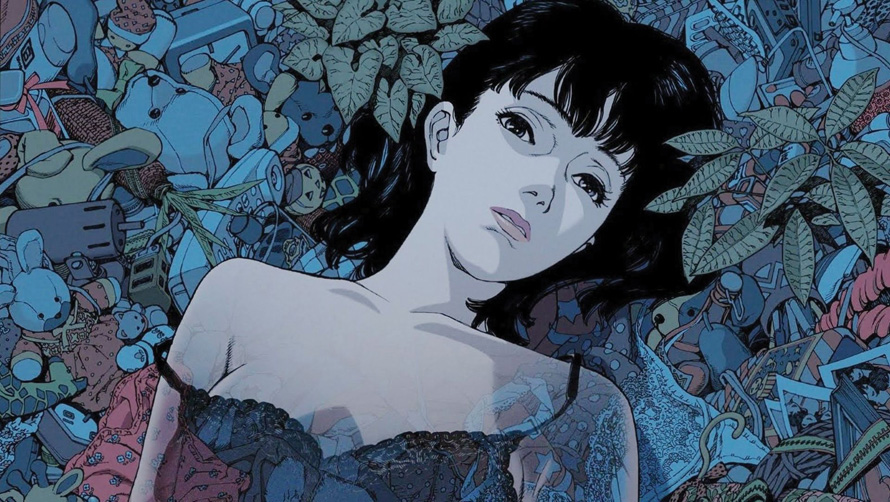 In 1997, the late Satoshi Kon released what many would refer to as his magnum opus. It was called Perfect Blue, and it was written by Sadayuki Murai. Based on the novel Perfect Blue: Complete Metamorphosis from Yoshikazu Takeuchi, it was billed as a psychological horror film to the theater-going masses. To anime fans just getting to know Kon, whose directorial debut happened to lie squarely with Perfect Blue, it would end up being a masterpiece.

With the film’s return to theaters and the reignited passion from fans, now’s an excellent time to revisit the tale of pop idol Mima and her journey from idol to actress to the broken victim who finds herself questioning reality. This is, by far, Kon’s best work and required viewing for all anime fans. 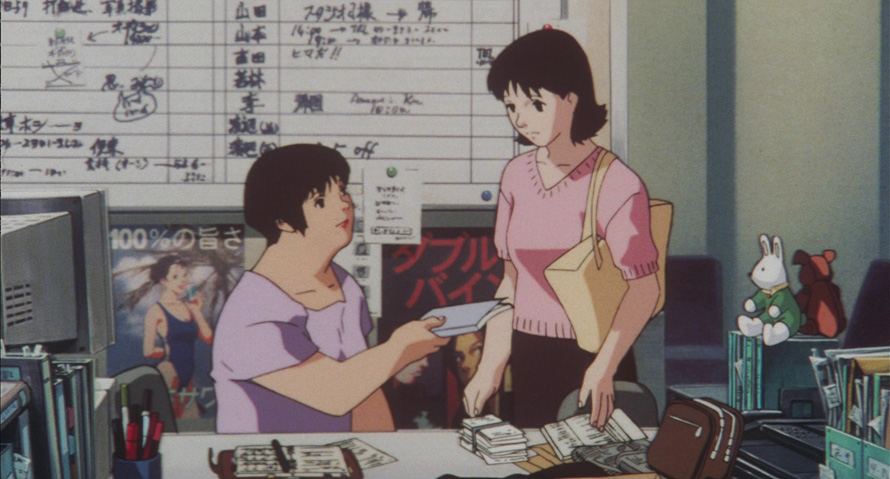 Perfect Blue is an expertly crafted thriller because it sets you up with an intriguing plot right off the bat. The film follows Mima Kirigoe, the beautiful lead singer of the J-pop idol group “CHAM!” and an aspiring actress. When she leaves the idol world to seek out better opportunities as an actress, her fan base is deeply disturbed and upset by her change in career. Mima believes, however, that remaining a singer will ultimately end up as a dead end.

Mima flourishes as an actress, and her first role is in a crime drama called Double Bind. Her fans aren’t exactly thrilled, but Mima opts to go down the path that’s right for her, or at least so she believes. During the filming of Double Bind scenes, though, she stumbles onto some particularly harrowing secrets—namely, a stalker named “Me-Mania” who’s been following her every move. If that weren’t creepy enough, she also finds a website called “Mima’s Room,” with diary entries that appear to have been written by her—but that can’t be true, can it? 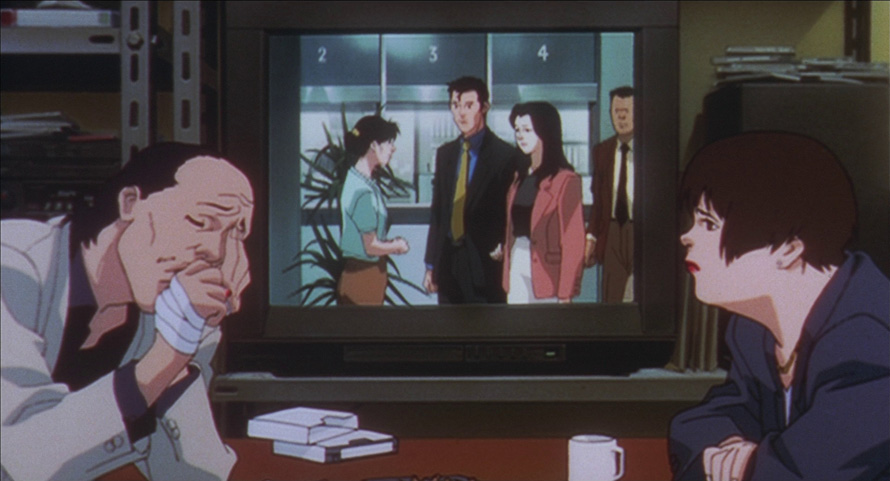 Mima, faced with these terrifying predicaments, can’t deal with all the pressure and eventually finds herself suffering from a traumatic mind break, where she begins having difficulty telling the real world from the fake scenes being shot for Double Bind and her television appearances. All the while, she’s being assailed by supposed contact via Me-Mania. This, as spine-tingling as it all may sound, is just the tip of the iceberg, and only one layer of what Mima finds herself going through.

Without ruining anything for the potential viewers spurred to check out the film after poring over this feature, Mima finds herself hurtling down a rabbit hole that’s seemingly never ending. Reality is but a distant memory for both Mima and the viewers who have chosen to go along on her journey through stardom. For those looking to unravel the mystery on their own, my only advice is to take heed of even the smallest, most “unimportant” characters on the periphery of Mima’s crisis. You may be surprised at what you come up with, and by what the movie throws at you in the end. 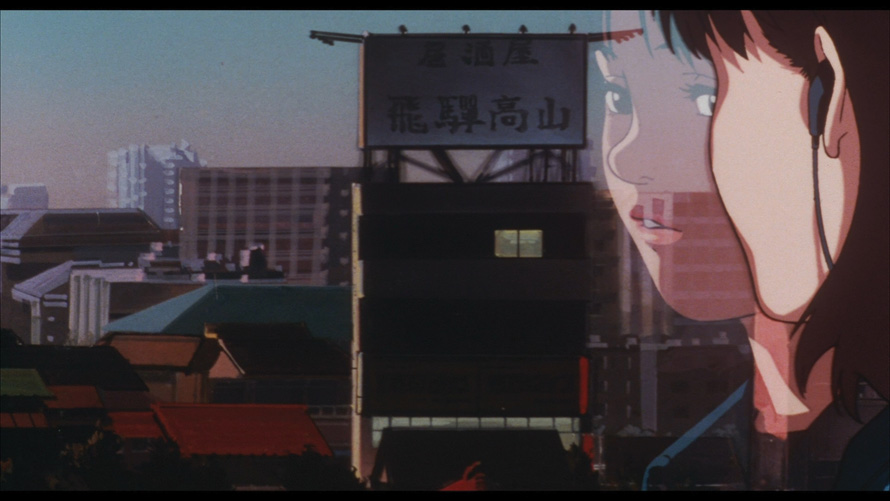 The misdirection in Perfect Blue is nothing short of masterful, as you’re never quite sure where the next twist is coming from. Who’s really at fault for confusing and terrorizing Mima? Has she fallen victim to the vicious clutches of fame and what it can do to an otherwise healthy and normal person, or is her stalker
making her life a living nightmare?

While there are certainly answers to these questions in the film, it’s much more fun to think about all the possibilities that may be rather than the absolutes that are eventually revealed. You’ll think you have it all figured out at one moment, but then it’ll all come falling back down to earth the next. You never truly have Kon’s adaptation totally under your thumb, as it continually comes back to bite even harder the next time with more to say, more to prove, and more to show you at every turn.
For fans of the genre, and films like Alfred Hitchcock’s, as well as the exploration of identity and perception of the self, Perfect Blue is an exercise in unraveling the many layers of pop idols and what they represent to their fans in Japan. The life of an idol can be an extremely difficult one, especially as many of the performers are expected to live solitary lives without lovers or even the illusion of a romantic partner.

In many ways, they are the “property” of the fans, and breaking the illusion that they’re no longer the fantasy partner of concert attendees and idol enthusiasts can make for some pretty hairy situations. Of course, this isn’t always the case, but there’s plenty of commentary in Perfect Blue to this end, especially seen with the stalker Me-Mania. 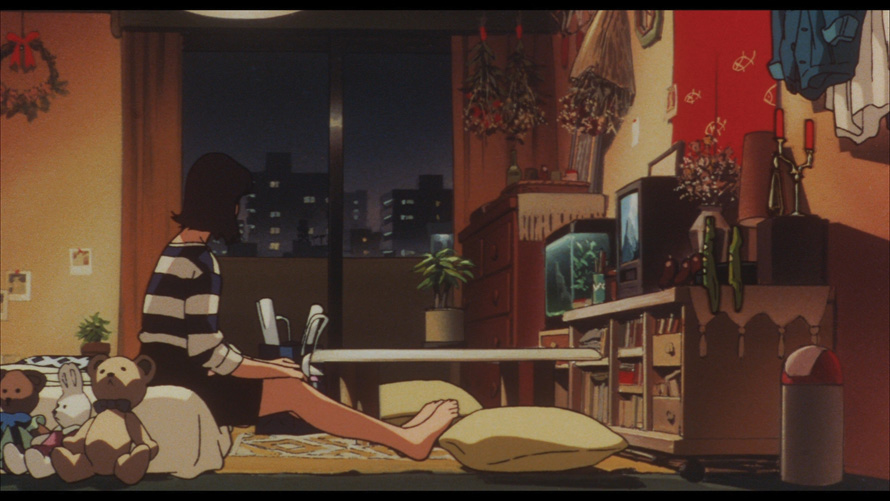 Perfect Blue was adapted and directed by Satoshi Kon, but the original story comes from Yoshikazu Takeuchi’s novel Perfect Blue: Complete Metamorphosis, as previously mentioned. The prolific writer also inspired another live-action film, Perfect Blue: Yume Nara Samete, which isn’t anywhere on the level of the animated Perfect Blue, but still worth checking out if you dig the original tale.

There are several differences from the novel to the film, such as a focus on a rival idol named Eri Ochiai and her very different methods of maintaining her image as an idol and attracting fan popularity. The two are set up as dueling personalities throughout the novel, and the story explores more of the idea of keeping idols as “fantasies” or visions of the “perfect woman” that indeed belong to the fan. It dives into the concept of stalkers and the fans who want nothing more than to feel like they “own” the performers they follow so closely.

The book is an engaging and intense journey that feels, at times, more grotesque and terrifying than the film, so if you end up seeing the movie, it’s a good idea to go back and read the story that started it all, as it has many interesting parallels between both forms of media and shouldn’t be missed. Just don’t be surprised if you find yourself feeling a bit more squeamish after reading through the novel, as it’s decidedly more explicit than the film gets. 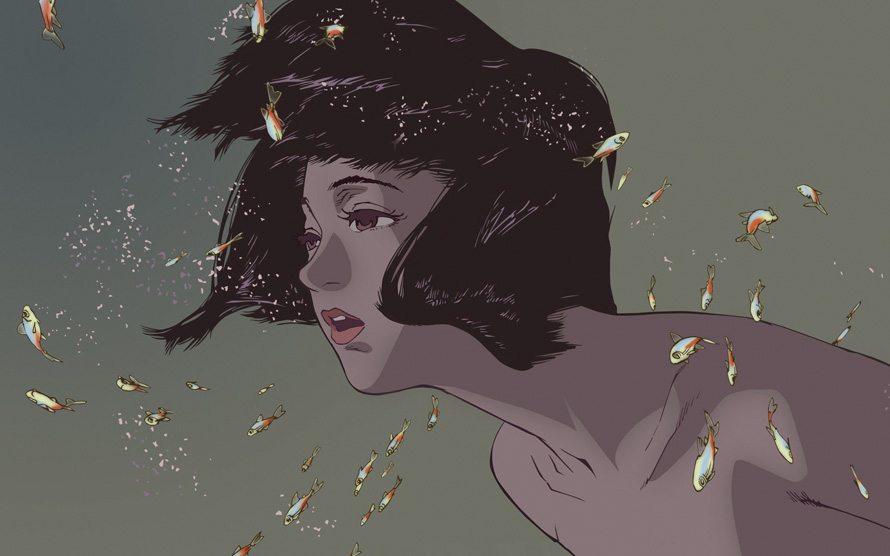 Satoshi Kon’s Perfect Blue is a journey that deserves to be taken, examined, and then shared with anyone who has a personal interest in anime and filmmaking. It’s a soaring, deeply personal, and creeping terror of a movie that works its way under your skin and doesn’t let up, not even for a second. At this point, so many years beyond its original inception, it’s an excellent idea to go back and appreciate the painstaking work that Satoshi Kon put into bringing this classic to the screen.

Most importantly, let Perfect Blue serve as your introduction to Satoshi Kon’s short-lived but excellent body of work, as it’s all very much worth diving into. It should also serve as a cautionary tale about the perils of fame and those who disguise themselves as the ones who care about your self-worth and value. Make sure you schedule a date with Perfect Blue as soon as humanly possible … and then spread the love.

Ghost in the Shell: Global Neural Network [Review]
One-Punch Man Anime is Ready to Continue the Fight in New Promo