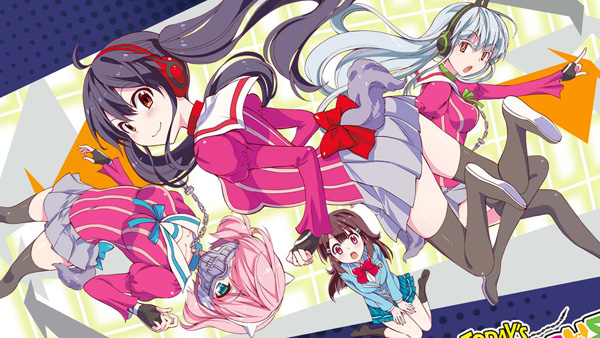 Chiaki Mikado was bitten by
a three-headed dog as a child and that incident has shadowed his whole life. Even as a teenager, years later, he just can’t seem to enjoy anything and doesn’t take much interest in life or friendship. Then one day, twist: his father mails him a package from Greece and out pops Kuro, a cute girl who looks like a cheap knock-off of Hatsune Miku, right down to the headphones (though the headphones have a clever explanation). Kuro informs him she is his guard dog and will stick within a two-meter radius of the hapless Mikado, protecting him from harm!

Turns out that the dog who bit Mikado was Cerberus, guardian of the underworld (who else would it be?), and it took part of his soul. Kuro wants to make it up to him, but she’s not alone. Extra twist: it turns out the mythical three-headed dog is the combined form of three girls, Kuro, Roze, and Shirogane! They share the same body and can be changed by “pushing a button,” aka pulling their tail(s).

Today’s Cerberus is a harem manga with a clever twist, cleverer than most anyway. Kuro instantly moves in with Mikado (because of course) and starts going to his school (because of course) and whacky supernatural hijinks ensue (because of course). Each of the three girls who make up Cerberus—Roze, Kuro, and Shirogane—is different. Kuro is effervescent and eager to please, Roze is quiet, loyal, and possibly deeply in love, and tough tsundere Shirogane doesn’t get what the other two see in Mikado. (There really isn’t much to see, honestly. Mikado is the average luckless manga boy generic enough to have come from a character generator.) 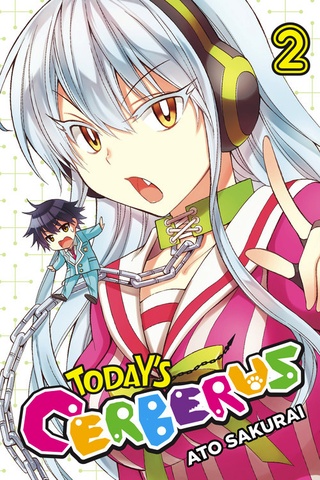 But back to Cerberus, remember those headphones? Well, the three Cerberuses use them to talk to each other while one of them is in “control.” In a cute touch there are even scenes of Roze and Shirogane talking to each other inside Cerberus’s soul, which looks a little like a Victorian parlor. Due to Kuro’s dog-like attributes, Mikado starts to treat her like one, tossing her bones in the hope she’ll run after them, calling her “mine” and patting her on the head. This combination comes off as creepy and possessive, implying Kuro is more pet than person. The heavy fan service reinforces the sexism.
Yet somehow, even while falling into the worst pits of harem manga, the story has a certain charm. The art is appealing (even if the character designs are boring) and the humor decent, with some amusing sitcom-style double entendres. Today’s Cerebus isn’t going to blow your mind, but it’s a cute book with cute characters.

[Review] Kiss Him, Not Me
Madoka Magica Smartphone Game Previewed in New Promo