[Review] Kiss Him, Not Me 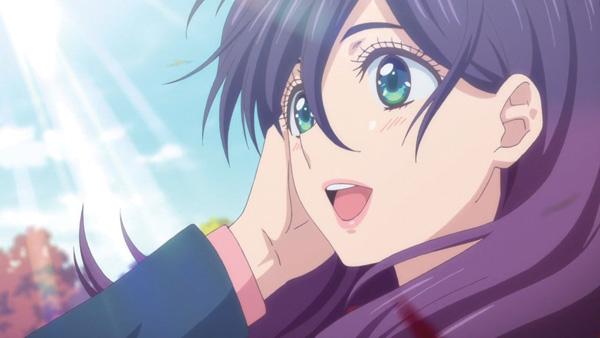 What happens when a girl who’s interested in watching the gorgeous men around her suddenly becomes the target of those same men’s affections? Enter Kae Serinuma, a somewhat sloppy otaku who loves anime and watching men kiss. She’s a fujoshi, so watching male characters in anime and her classmates in real life appeals to her more than being in a relationship with one ever could.

There’s also the elephant in the room: Kae is overweight and portrayed as slovenly and clumsy. But despite this, she’s loved and respected by her classmates. It’s a refreshing take on the whole “ugly duckling” trope we’ve seen in anime so many times before. One day, however, when she learns that her favorite anime character has been killed off, it sends her into a downward spiral. She locks herself in her room, doesn’t eat, and grieves over her loss. When she emerges, much to her brother and mother’s surprise, she’s thin and graceful, and weirdly enough, beautiful, considering how much time she spent in her room having not bathed. 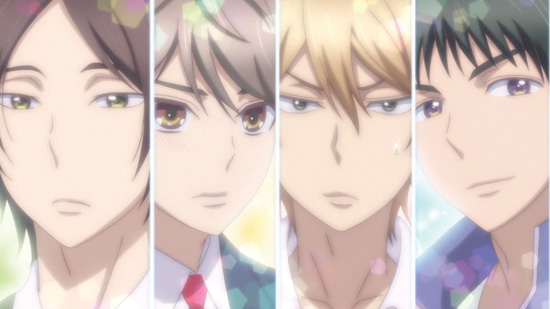 The newly thin Kae is an even bigger target for the men of her school, who she’s only interested in ogling. When she finds herself being asked out on dates and the center of a new male harem, she’s got to come to terms with the new feelings on display for her since she’s suddenly caught the eye of the male students at school.

It could very easily end up as a show that plays on the fact that a formerly overweight student is “pretty” now so she attracts attention, but what’s funny is that it seems as though many of the male cast were already thinking about asking her on a date or at the very least saw her as a woman “worthy” of their love. 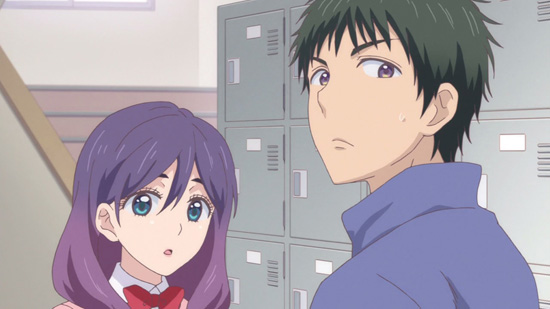 Because of this, it’s easier to laugh at the bizarre situations Serinuma finds herself in, as she adjusts to being thin and chased after by more and more attractive men. She didn’t have to lose weight to be noticed or treated well by the men around her, and she’s treated like a real, multi-dimensional human being throughout the rest of the series. In fact, her brother seems to be the only person to have anything negative to say about her regarding her weight, which is refreshing and quite surprising.

The show avoids jokes about Kae being the bigger girl as well, with silliness ranging from cooking too much chocolate, her obsession with anime characters and the male harem learning to get into it as well, and other strange situations usually seen when it’s a male character going through the same plight. I really enjoyed seeing a different side to the trope. 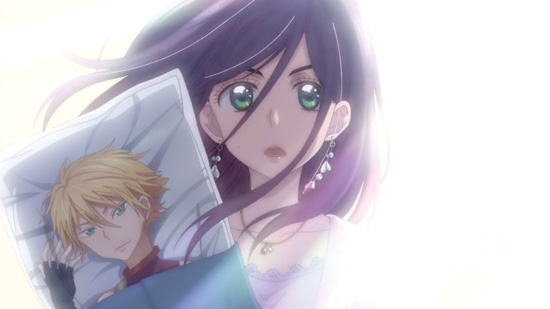 Kiss Him, Not Me’s treatment of a (formerly) overweight female otaku is more in line with what you might expect from real-life personalities in our own world, and for that, it should be praised. I can’t wait to see where it goes from here, especially if it continues to treat its protagonist in a fair and respectful manner no matter what she ends up looking like.

Full Is It Wrong to Try to Pick Up Girls in a Dungeon? Dub Cast Revealed
[Review] Today’s Cerberus