[Review] Those Who Hunt Elves

Because Those Who Hunt Elves was released before 2000 I found myself considering it a “recent relic.” It’s definitely in that odd pocket of time that saw plenty of anime saturating the American market, but it still falls before the dark period of awkwardly advancing tech and digital panning. Then it hit me … to a lot of current fans, a series from 1996 is just a plain old relic. Such is the fate of the slightly older nerd who remembers 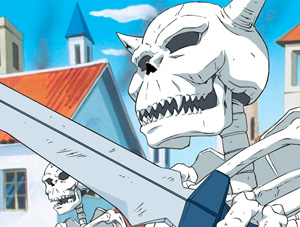 renting volumes of this show on VHS whenever they’d hit the local comic shop, solely because it was new anime. Well, we once again reside in a land o’ plenty, and now you can grab all of Those Who Hunt Elves in one fell swoop to experience the mid-90s oddity for yourself.

Something in this show’s fantasy landscape is not like the rest. Maybe it’s all the unchecked swords and sorcery running rampant, or perhaps it’s the unexplained presence of two girls, a guy, and a massive Type 74 tank from present-day Japan. In the case of the latter, we have Junpei Ryuzouji, Ritsuko Inoue, and Airi Komiyama. They’d all love to get home, but they’re stuck in this strange land until the elf Mistress Celcia Marie Claire can cast the right spell to send them back home. Unfortunately for them and everyone they come in contact with, she ended up fudging the spell while casting it the first time, sending five fragments shooting in opposite directions through the sky and landing as tattoos on random elves. 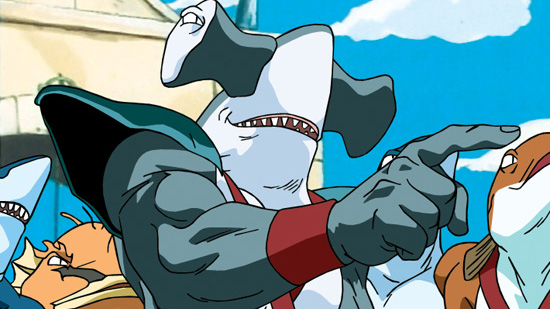 Now they roam the countryside, forced to literally strip every single pointy-eared lady they come across to see if she happens to have one of the spell fragments tattooed somewhere on her body. In most other shows, this would be the ideal setup for something really lewd, but Those Who Hunt Elves is a mostly harmless, goofy, and kind of admirably stupid show. It’s neither overly 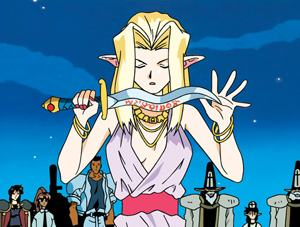 sexualized or violent, falling somewhere in the middle with a playful attitude and some jokes that are just bad and others that are so bad they swing right back around to being funny again.

Despite the fact that our heroes tend to shoot enemies directly in the face and blow them up with grenades when they’re not uppercutting them into oblivion, the violence in Those Who Hunt Elves is mostly slapstick. An old man gets the full force of the tank’s cannon right between the eyes, but when the smoke clears he’s sitting there charcoal-black like a Looney Tunes casualty. The tone is set from the very first episode, which has a town besieged by evil fishmen who are looking for an elf woman in hiding. Lucky for these villagers, our lead trio of “legendary heroes” are also looking for elves for a different reason, and thus they swoop in to the rescue whether that’s what they intended or not. Frankly, it’s hard not to be charmed by a first episode that essentially has the heroes arriving just in time to save a village from the Street Sharks. 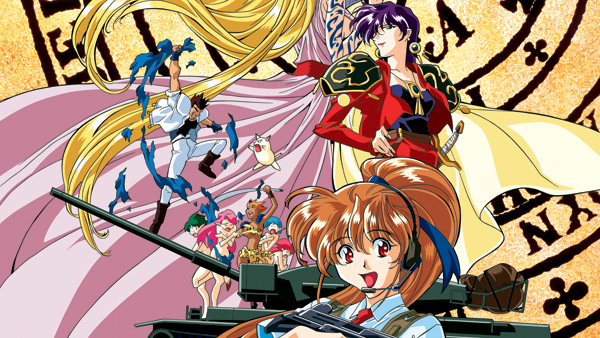 Subsequent episodes follow in a comfortingly formulaic way. Celcia turns herself into a dog and gets stuck that way, which kinda-sorta checks the anime box of having an animal mascot. The aforementioned Street Sharks make way for Skeleton Warriors and all manner of similarly silly enemies. Jokes fire out at a rapid pace and miss terrifically. The animation isn’t great, and the production team at Amuse doesn’t really try to hide it, yet it feels kind of good.

If you’re in the mood for an unapologetically straightforward show from a very specific time in anime localization, it might be worth a peek. In general, though, this show is mostly going to appeal to those hungry 90s anime fans who watched it at the time just because it was there.