[Review] The Black Museum: The Ghost and the Lady 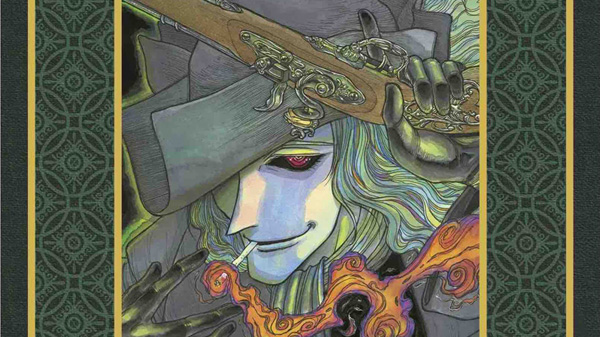 Florence Nightingale, now famous as the founder of modern nursing, grew up in a time when disease and hygiene were barely understood. She made a name for herself reforming the medical conditions of soldiers during the Crimean War, transforming horrific hospitals by instituting simple policies like hand washing. The only thing that could have made her struggles more morbid? A ghost lingering over her head!

The Black Museum is a manga series created by Ushio and Tora‘s Kazuhiro Fujita, with an odd premise. Rather than one continuous story, it’s a series of flashbacks told through a frame narrative. The titular museum is an evidence facility underneath Scotland Yard, and in each arc the curator listens to a tale from a visitor to the museum centered around a piece of evidence.

The two-volume series “The Ghost and the Lady” is actually the second arc in The Black Museum, but Kodansha has decided to release it on its own. With Nightingale as the Lady, the storyteller for this arc is the Ghost, a theater-obsessed spirit of a duelist who takes a liking to Florence after she asks him to kill her.

The Black Museum wallows in the macabre; the ghost, named Grey, fights deformed monsters representing people’s negative feelings while Florence works to improve unspeakable medical conditions. There’s an appropriately Gothic, melodramatic bent to the whole thing, with Grey goading Florence to “fall into despair” so he can kill her. Unfortunately, the theme of despair gets a little old after a while (Grey repeats it multiple times per chapter), but there’s something appealing about Fujita’s amped-up version of history. Sure, there are ghosts and monsters, but there’s also real-life war reporter Sir William Howard Russell! Heck, even the 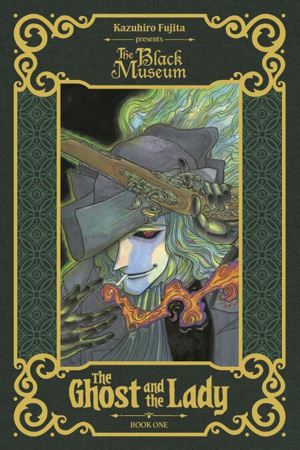 Chevalier d’Eon himself (the subject of his own anime) shows up!

If you’ve seen any Ushio and Tora, you know what you’re getting into visually. The Black Museum is unrelentingly gruesome and intentionally ugly. Fujita spares none of the gory details of dying soldiers or rotting corpses, and despite frequent and unnecessary nude shots of Florence, she is so often pictured in distress, with bags under her eyes, that I question whether Fujita even meant for her to be attractive. Of course, he has a knack for memorable character design, and Grey has a great swagger to him, with his Vampire Hunter D hat and amorphous ghost body.

The Black Museum manages a balancing act of being big, loud, and ugly while also being a great introduction to the fascinating real history of Florence Nightingale. And who knows, maybe if it does well Viz might finally give us Ushio and Tora! Recommended.