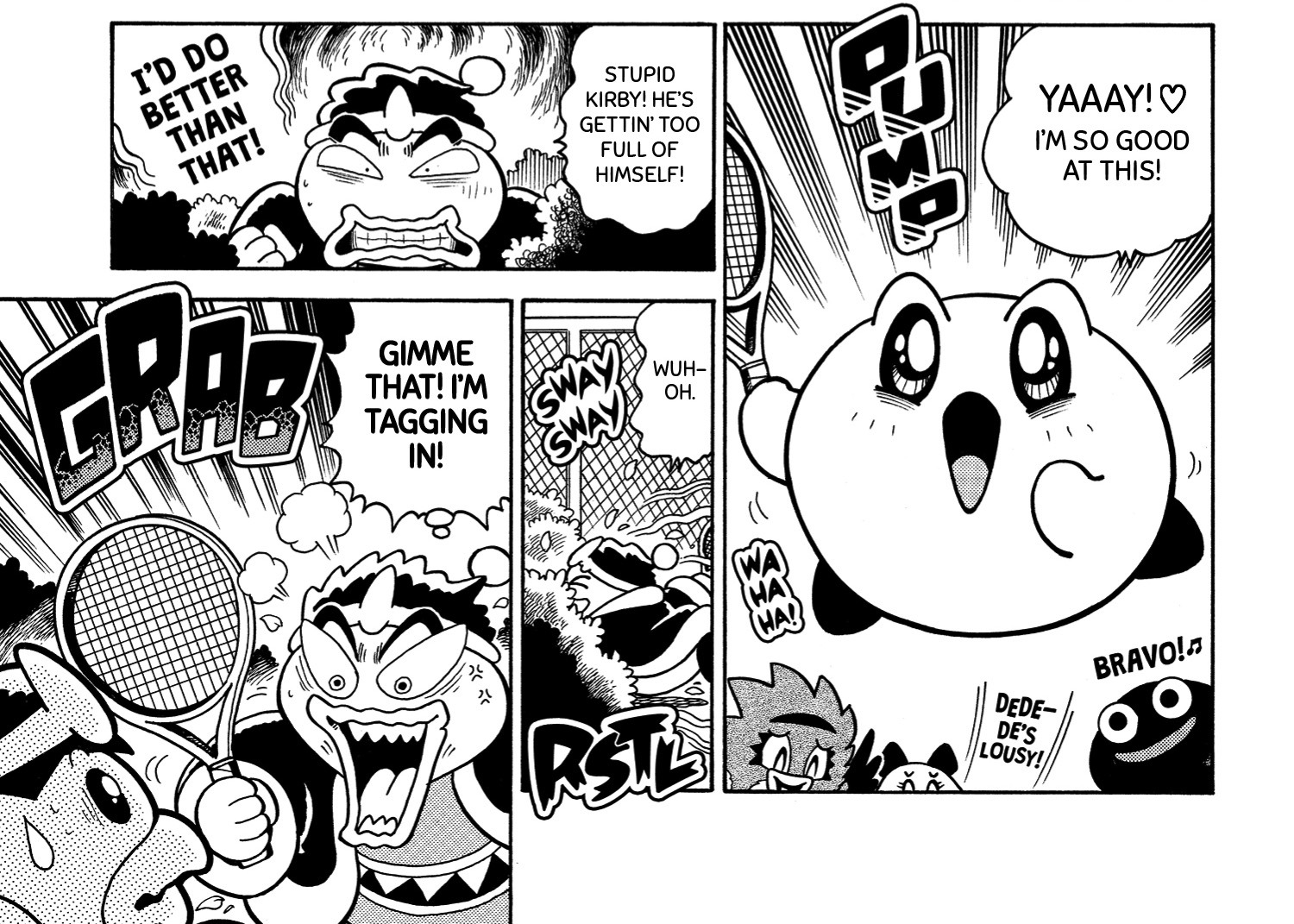 Kirby, Kirby, Kirby is the name you should you know; he’s been in a lot of different video games since his 1992 debut, and this latest surprise lands just in time for his 29th anniversary (technically his birthday was in April, but better late than never). He’s appeared in a number of manga, but none of them have made it to official English translation … until now! Kirby Manga Mania, which ran in Japan from 1995 to 2006, is the first Kirby manga released in the U.S. 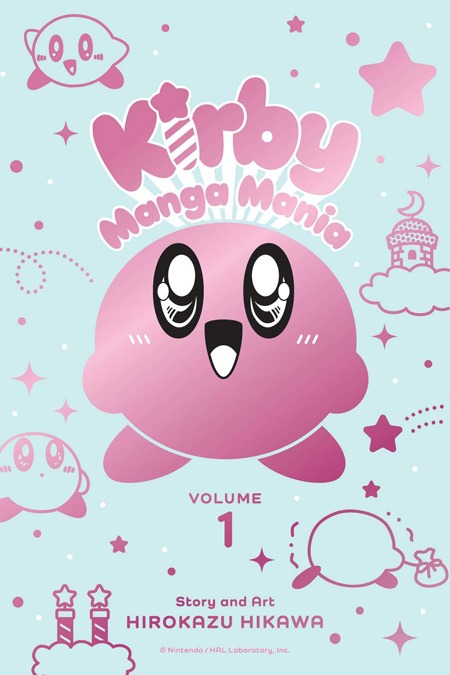 The series lasted for 25 volumes in Japan, and with good reason. The first volume, containing 11 hilarious chapters and a few bonus comic strips, features a lot of the things gamers know and love about the almighty pink puffball and his Dream Land friends, including King Dedede, Gooey, Dark Matter, Wheelie, Kracko, and Poppy Bros. The manga Kirby has more of a knack for getting into mischief than his video game counterpart, with such antics as crashing a blossom-viewing party and helping prepare for a typhoon, and his interactions with the other characters more than deliver on the humor front (think of the SpongeBob/Squidward dynamic).

The art fully succeeds at selling the comedy, despite Hirokazu claiming in the comments that he’s a weak artist. Almost every panel has some kind of wild take to make readers bust a gut. Hirokazu mentions being inspired by reruns of classic Tom & Jerry cartoons, and it’s easy to see the slapstick cartoon influence in his art.

And this is only one volume of a long, much-loved series. If Volume 1 is this jam-packed with antics, what kind of whimsical nonsense will show up in the second volume? Hopefully, we’ll see soon as Kirby’s manga adventures finally hit a bookshelf near you. Hope you’re ready for seconds! Recommended.