Tired of drifting aimlessly through deep space while being pursued by unrelenting foes, the generational seed-ship Sidonia decides to take the fight to the alien creatures known as the Gauna. The ship plots a course for the Lem Star System, in the process committing to a state of total war and plunging headlong into a confrontation against a massive Gauna cluster. The outcome of this confrontation is anything but certain, but this time the crew of Sidonia has new weapons, new allies, and an aggressive new outlook.

It’s the second season of Knights of Sidonia, adapting Tsutomu Nihei’s science fiction manga of the same name. The series is available now through the Netflix video streaming service, and if Season 2 is not quite as exiting and novel as Season 1, it misses this measure of greatness by only a few degrees. The new season aired in Japan with the subtitle The Battle for Planet Nine, and brings subtle but significant changes to the series which arise organically from the show’s narrative. 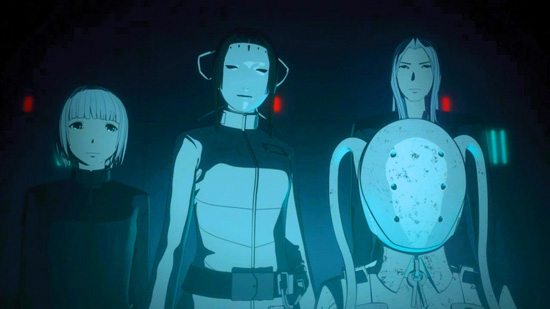 One such change stems from the development of new technology for the war against the Gauna. In the first season, Sidonia’s safety was secured by only a handful of “Kabizashi” spears. These spears were irreplaceable artifacts from an earlier era, and they could only be wielded effectively by human pilots in battle robots called Gardes. This meant that nearly every battle was fought up close and personal, and the stakes were extremely high as the Garde pilots squared off against gigantic alien horrors. Only at the end of the first season did Sidonia develop effective long-range weaponry for its Garde units.

At the beginning of the second season, thanks to the secret efforts of the heretic scientist Ochiai, Sidonia perfects this long-range weaponry by combining it with mass-produced, man-made Kabizashi projectiles. This shifts the nature of the combat completely. The second season of Knights of Sidonia is largely a shooting war. The stakes change accordingly, and unfortunately the show loses some of its tension and uniqueness. 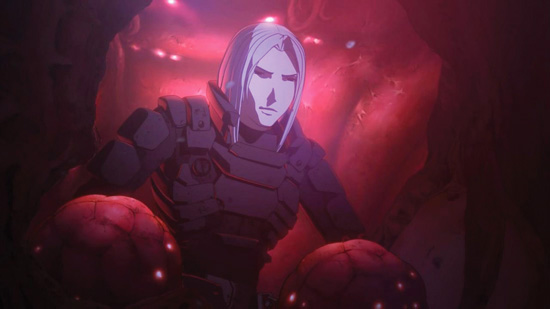 Other examples of such changes involve Kobayashi, Sidonia’s captain, and her old rival, the newly resurrected mad scientist, Ochiai. Because both Kobayashi and Ochiai operate in complete secrecy with no immediate adversaries even aware of their plans, both characters shape the future of Sidonia without the crucial, push-and-pull dynamic that opposition brings to a storyline.

There’s another ironic reason that the second season of Knights of Sidonia is not quite as thrilling as the first: it introduces the best character in the entire show, Tsumugi Shiraui. Tsumugi is a half-human, half-Gauna hybrid created by the mad tinkering of Ochiai. Despite her gargantuan size and monstrous appearance, Tsumugi is a kindhearted, intelligent, inquisitive person who loves reading books and studying animals. She greets every new experience with a sense of childlike wonder. 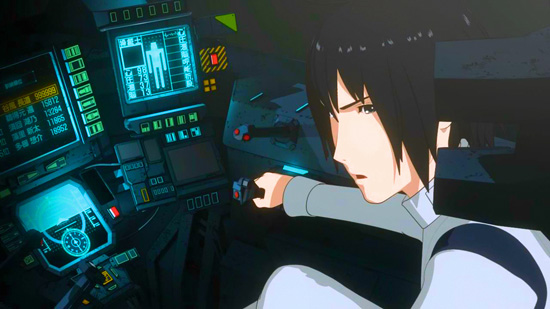 She also interacts with her human friends by extruding an extremely phallic-looking tentacle through which she can speak, sense her surroundings, and manipulate her environment with scores of smaller tendrils. Did I mention Tsumugi’s tentacle makes squeaky balloon noises when she moves? Tsumugi is also a beast on the battlefield, capable of tearing Gauna to pieces with her bare hands. Tsumugi is such a wonderfully realized character that she makes Tanizaki, the protagonist of the show, seem pale and ordinary by comparison.

I don’t wish to imply that the second season of Knights of Sidonia is anything short of spectacular. It’s still a shining example of how science fiction TV animation can tell a strong story with compelling characters. I devoured every minute of the second season, and it left me wanting more. If my passion for the show seems tempered compared to the exuberant praise I heaped upon the first season, it’s only because I recognize the weaknesses of the series, I accept these flaws as mere trifles, and ultimately my appreciation for Knights of Sidonia grows even stronger than before. 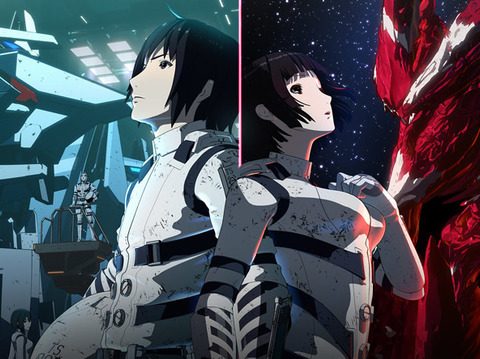 Zelda Manga Tops 2015 Best-Sellers
If Punch Line Sounds Crazy, That’s Because It Is