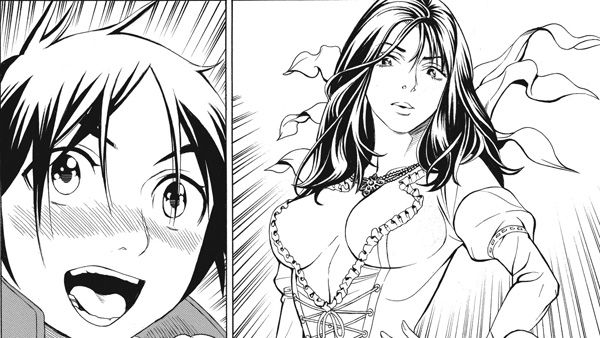 In 15th-century Rome, young monk, scholar, and adoptee of the Catholic church Nikola accidentally awakens a witch who was locked away centuries earlier. Once magically awakened, the witch says she is devoted to him. Intimidated by her strength but committed to doing what’s right, Nikola tries to work with her to do good by fighting the lesser—but still evil—witches that threaten the medieval world around them.

To be clear: this is a harem story set in the medieval Catholic church. It’s a bizarre alternate universe where the pontifex (high priest) is not only a woman, but a woman wearing a physics-defying fanservice outfit. Needless to say, the priests who report to her are still old men in robes, and the Swiss Guard of the Vatican appear in their real world uniforms, but pontifex and witches alike wear impractical outfits that barely cover their nipples.

How off-putting you find this will depend on your familiarity with or investment in Catholicism, but with even a passing knowledge it’s undeniably jarring. There are ways to adapt the Catholic church for fantasy manga purposes without knocking readers out of the story; Blue Exorcist, for example, does a great job of constructing its plot from the church’s existing mythology on Satan. To see women in the Catholic church could work just fine, but a female high priest dressed in this way when in the real world nuns are completely covered from head to toe, and women aren’t even allowed to become priests (and that’s today, let alone 600 years ago), will be an immersion-breaker for some. 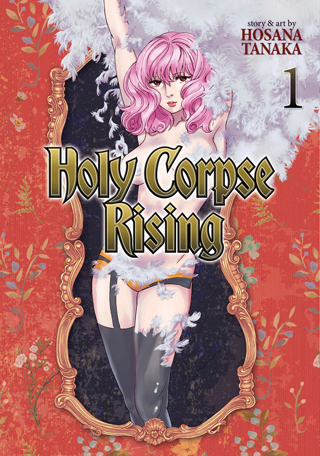 However, for those who can overlook this bit of world-building, the art is beautiful and intricate. The women in particular are drawn well, with a plausible maturity harem manga don’t always capture. The first volume contains a lot of detail on Catholicism, thankfully explained in glossaries for the unfamiliar, but later volumes see the group venturing away from the Vatican and spending more time in 15th-century Italy. Without the constant visual incongruity between sexy women and the Catholic church, it’s easier to be caught up in this story.

That said, the entire first volume is more of a prologue, introducing readers to the basic premise of witches in love with a young Catholic who wants them to kill other witches. Their real journey starts in Volume 2, stepping away from Catholicism and introducing an antagonist, conflict and character arcs.

Is It Wrong to Try to Pick Up Girls in a Dungeon? continues the Japanese RPG anime tradition.
Attack on Titan Stage Play Costumes, Details Revealed