Is It Wrong to Try to Pick Up Girls in a Dungeon? continues the Japanese RPG anime tradition. 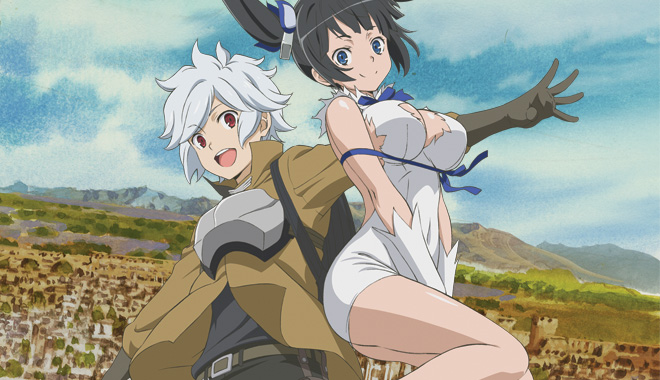 In all seriousness, this series is part of a long-running line of light novels that found their way to Japanese television as an anime, with several spinoffs from there. If you’re into the more traditional dungeon-crawling aspects of role-playing games, you’ll want to give this adventure anime the time of day, even if its title does initially seem off putting. You may miss out on an awesome ride if you judge the show by its name. 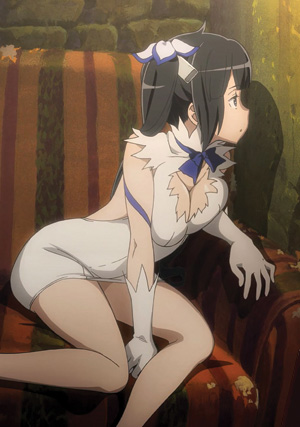 This peculiarly named series follows one Bell Cranel, a 14-year-old adventurer who’s a part of the Goddess Hestia’s Familia, or a group of Adventurers grouped together below a God or Goddess. The familia itself is named after the being that hosts it, such as the Hestia Familia. Many Familia are based on exploring dungeons, but several more are Medicinal, Nation, Industrial, and Business types throughout the series’ mythos. Each is ranked in size and achievements and pays additional taxes based on the rank assigned. This is the cornerstone of Is It Wrong to Try to Pick Up Girls in a Dungeon?

The Gods and Goddesses the Familia came down from Heaven thousands of years ago, in fact, but they simply cannot use the powers bestowed upon them. If they do so, they will have broken the rules and are sent back to Heaven. More prominent Gods and Goddesses can live like kings or queens on Earth, but others with smaller Familia, like the Hestia Familia, have to work for their money. All of the Familia earn Falna, or the grace bestowed upon Gods and Goddesses by their Familia members. Adventurers and Supporters can grow exilia to make sure they raise their status at some point as well.

These basic systems are important to remember when it comes to Is It Wrong to Try to Pick Up Girls in a Dungeon?, especially when you get to know the main cast. 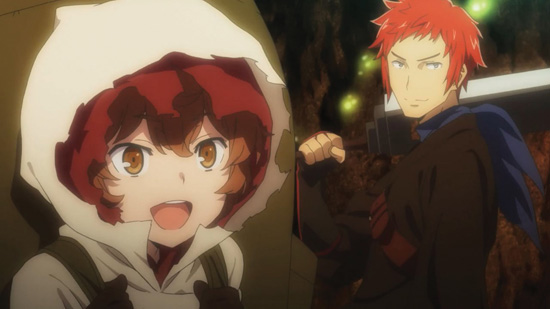 The Adventurers
and Supporters

The main cast, however is comprised of Adventurers, or anyone who explores Dungeons below Babel, or the tower that’s located within Orario. It was originally built to keep advancing monsters from escaping the dungeon, and has been rebuilt by the Gods themselves. Adventurers can be likened to RPG protagonists in that they’re given special ranks, beginning at Level 1 and going all the way up to High Level Adventurers ovf Level 2 and above. From there, they even get different class names and even possible aliases. Once Adventurers reach Level 2, the Gods give them a new alias that can change when they level up again. 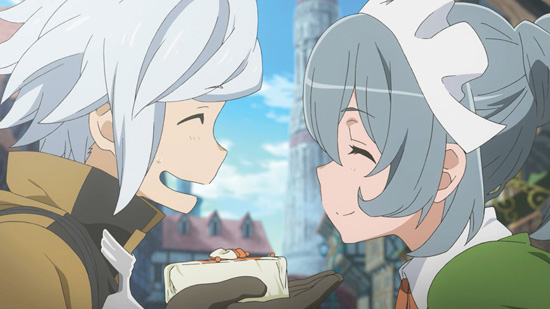 Bell Cranel is the main protagonist and he’s an Adventurer himself. He’s a young man with ivory hair and striking crimson eyes, which moves others to compare him to a rabbit, as well as being “cute” as far as some other characters are concerned. He’s a bit reserved, especially when it comes to facing off against more powerful opponents, but he cares deeply about those he loves, especially the goddess Hestia. He’s very trusting, almost to a fault, and it can often get him into several frustrating situations.

Having been raised by his grandfather, Bell has always dreamed of going out into the world and making something great of himself, especially after his grandfather passes and he takes it upon himself to travel to the land of Orario to make that happen. When Familia after Familia reject him, it’s Hestia who ends up taking him in, with a special Goddess blessing to get him started on his new life. 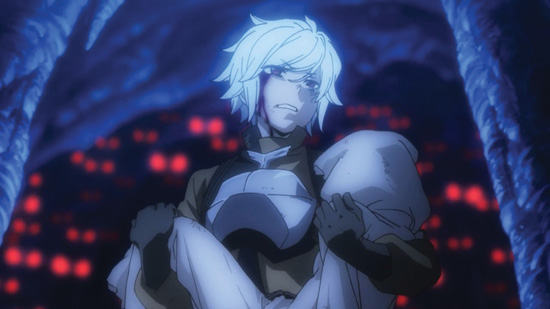 Hestia herself doesn’t exactly look like a Goddess, but a little teenage girl instead. She has long black hair in pigtails and bell-shaped ornaments adorning the bows in her hair. Her pejorative nickname based on her lack of substantial “chest area” is silly, but she’s positively bursting with energy and dreams of someday being in a relationship with Bell. She works extremely hard to ensure her Familia is able to get by, and she’s certainly not one to be trifled with.

Of course, the anime wouldn’t be that entertaining if it only followed Bell Cranel and the Goddess Hestia. Bell lusts after Aiz Wallenstein, a powerful swordswoman who saved his life one day; from that day forward he fell in love with her. Of course, while he’s busy looking Aiz’s way, many of the female companions he meets along the way are looking at him in a lovestruck manner. As so many clueless harem heads do, he remains totally unaware of all this. In the eyes of Goddesses and mortals alike, he’s a real ladykiller but he has no idea how or why, or even that it’s happening. Typical pretty boy, right? 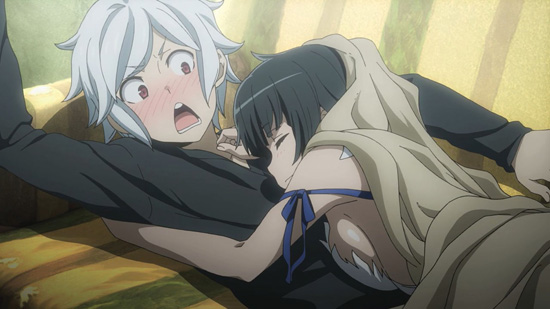 Is It Wrong to Try to Pick Up Girls in a Dungeon?, like similar properties, features humor, good old-fashioned adventuring, and familiar elements to weave a tale that draws you in as sneakily as you might expect, but it’s definitely worth investing some time in. If you’re a fan of classic Japanese role-playing games or Western fantasy, you’ll find plenty to love here, whether you get started with the anime, light novels, or manga. You may even find yourself joining a Familia by the end of it all.

Is It Wrong to Try to Pick Up Girls in a Dungeon? Is available from Sentai Filmworks