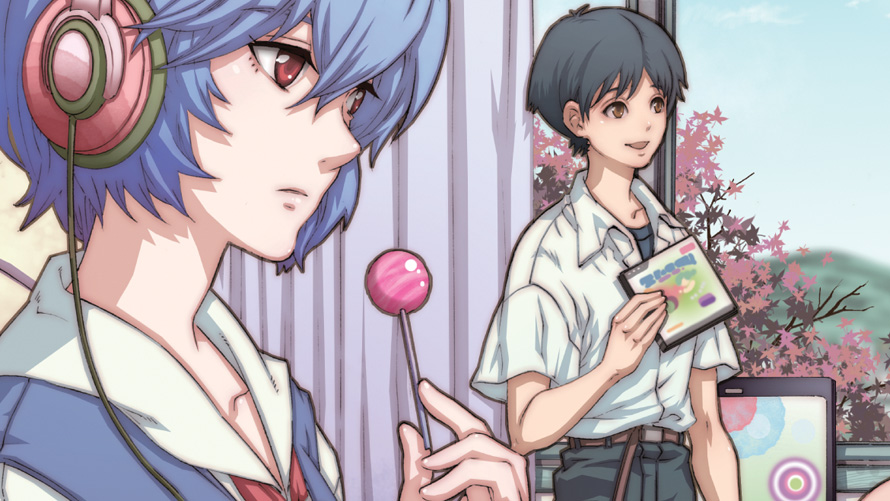 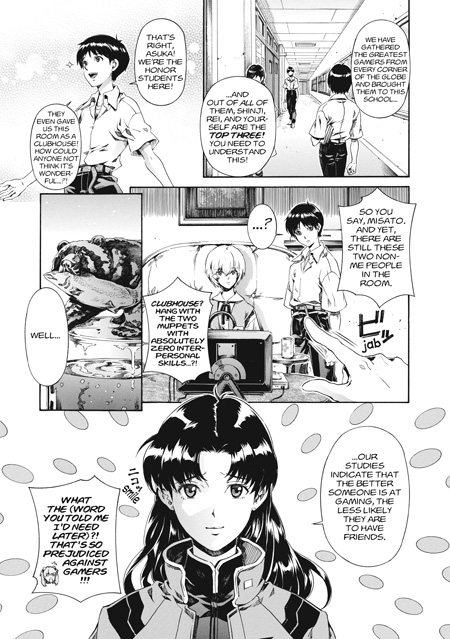 Legends of the Piko Piko Middle School is a funny skewering of the Neon Genesis Evangelion world, full of genuine laughs and sly digs at everything from the plotline to the characters’ personalities. The book itself has no real plot; instead it’s broken into short chapters focused on a single gag, though there is certainly more than one laugh per chapter (and usually, more than one laugh per page).

The familiar characters Shinji, Asuka, and Rei are the top students at NERV, a middle school that trains Evangelion pilots for the day when giant mysterious life forms come to invade Earth. And since the only thing middle schoolers care about are video games, they prepare for the battle by … playing games.

Of course, the games are a pretense for other shenanigans but they do provide a good bit of entertainment, such as the two guest teachers, 1990s game champs, one who specializes in rhythm games and one in crane games (whose pages are cut because the crane game battle was too boring). The first half of Volume 1 abounds with game in-jokes and jokes about copyright infringement. In the second half, one of the much touted giant mysterious life forms attacks and there is an actual Eva battle, which is just as hilarious as the pages spent in front of the arcade cabinet.

Warning: while Piko Piko is hilarious, it’s also not a good introduction to Evangelion. The humor is dependent on at least some familiarity with the original source material; if this is the first Eva book you are 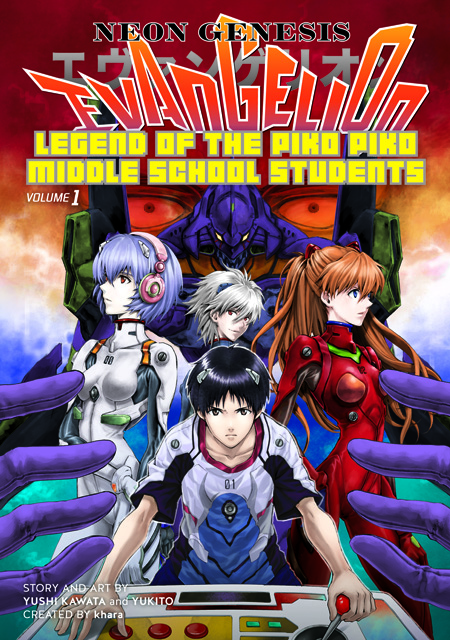 thinking of picking up, put it back down and go read the original manga or watch the anime.

Yukito’s art is consistent with the source material and quite good, sticking closely with Yoshiyuki Sadamoto’s original designs; despite this being a gag manga there aren’t really any chibis. However, Kawata deserves the lion’s share of props for the script: the jokes come fast and furious, with hardly a line going by without someone saying or doing something funny. (The translators and editors do an excellent job poking fun at cultural notes in the end pages of manga and getting in a few asides like, “This wasn’t any funnier in the original Japanese, by the way.”) It’s a truly laugh-out-loud book that Evangelion fans should be sure to pick it up. Recommended.