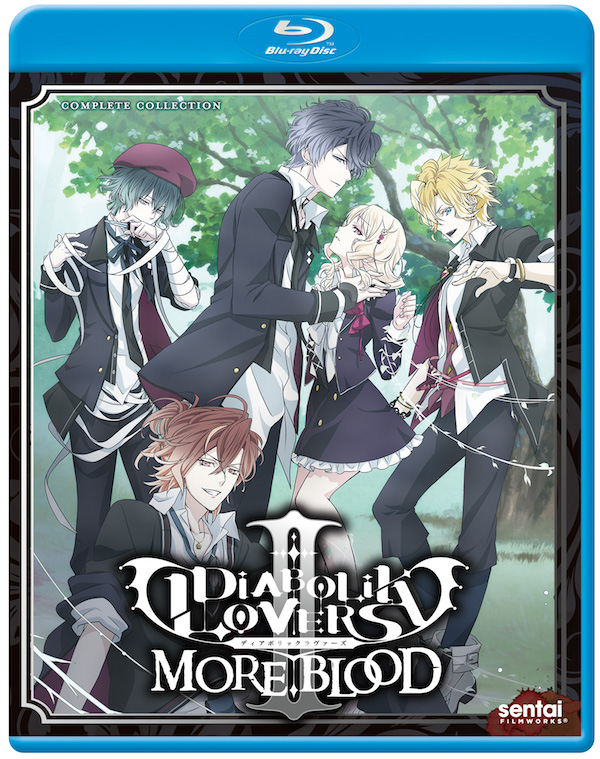 The Sakamaki brothers are back for Diabolik Lovers II: More, Blood. Yui, a human girl living with six sadistic but handsome vampire brothers, starts this season much the same way she was at the end of the last season. She’s still timid and unassertive, surrounded by young men who are greedy for her blood and don’t exactly have the best manners. They appear to have come to love her nonetheless, even though you’ll have a hard time getting them to admit it.

Then Yui is kidnapped by another set of vampire brothers: Ruki, Kou, Yuma, and Azusa Mukami. It’s not entirely clear what they want from her, but they keep talking about Eve and Adam, and she’s supposed to be their Eve. These brothers are a lot alike the Sakamakis, being handsome in looks but lacking in graciousness, and they also love Yui’s blood. We go a bit into their background (unlike the spoiled Sakamaki brothers, these boys knew hardship as children, and that seems to be the reason given for their current attitudes). They’re still pretty sadistic, though unlike the Sakamaki brothers, there is a masochist in the Mukami flock, making it a little more even keel.

There’s a whole segment of this season where the Sakamaki brothers are gone, but they are eventually reunited with Yui. So if you’re missing them, don’t worry, they’ll be back. The second season actually ends with a cliffhanger, leaving you needing a season three. The animation continues to be lush and beautiful, really setting the atmosphere.

Diabolik Lovers is a bit of a controversial series. It started as a video dating game for girls and has spawned into other areas, including anime and manga. Why is Diabolik Lovers criticized? Its plot is fairly simplistic, and its unaggressive female lead is surrounded by more powerful and sadistic males, leading to accusations of sexism. Why is Diabolik Lovers a popular title? It’s a guilty pleasure, not-to-be-taken-literally fantasy where a girl is swept up in a gothic mansion full of gorgeous men who can’t resist her. 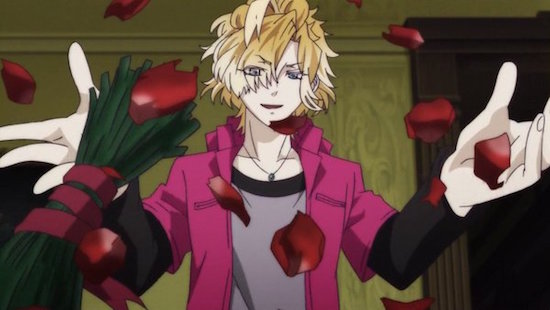 Taken literally, Diabolik Lovers would be upsetting. It has no images of a healthy relationship, and that’s where the criticism mainly comes in. Yui is not a strong character, but no one watches this for Yui: they watch it for the vampires. Yui is just kind of the channel the audience is supposed to put themselves in, like they do with the video game. But to be clear, this anime isn’t meant to be taken literally or seen as something girls should aspire to; some stories are meant to push the limits and make you uncomfortable while also having a certain allure to it. That’s Diabolik Lovers. It’s a sadistic horror anime with lots of sexiness straining below the surface, not a slice of life story about how relationships ought to be. It has a fairy tale quality to it, in its simplicity and its usage of the Demon Lover archetype, found in storytelling around the world.

Then again, Diabolik Lovers isn’t meant to be overly analyzed. As a guilty pleasure anime, it’s really just there to be entertainment for its mainly female audience. After watching the first season, I appreciated it more as I thought about it, though I could also see why it would turn off some audience members. It has a certain haunting, dark je ne sais quoi to it; difficult to put into words. If you liked the first season, it’s time for you to go out and get the second!