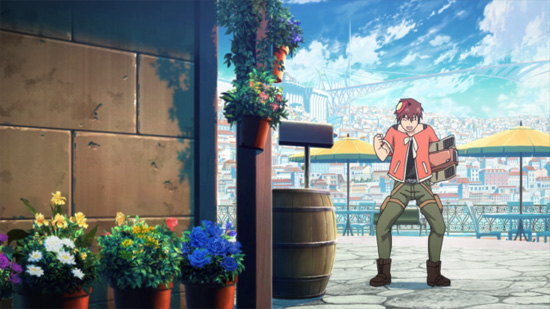 Strange things are afoot on the science fiction world of Gift, the setting for the original 2015 TV anime Comet Lucifer, which is directed by Yasuhito Kikuchi and Atsushi Nakayama and features animation from 8-bit. Set sometime in the indeterminate future, Comet Lucifer takes place on the world of Gift, which features rich veins of a crystal known as Giftjium. On this world, a secretive branch of the government is searching for a mysterious object known as the Lima, and they’re willing to deploy military force in the form of giant robots to obtain it. Meanwhile, a group of young teenagers from the mining town of Garden Indigo accidentally discover a giant, glowing red Giftjium crystal deep underground, and from the center of this crystal emerges a strange, red-eyed girl.

Although Comet Lucifer is the first original TV anime created by 8-bit, the story isn’t terribly “original,” in the creative sense of the word. So far the characters and plot have not significantly distinguished themselves from the numerous similar science fiction/mecha anime that have come before. The main character, Sogo, is a plucky orphan who is mechanically inclined and good at piloting a hover-board. Felia, the girl born from the crystal, functions like a typical magical girlfriend, albeit one that’s borderline nonverbal. Initially, she can barely speak, although she does demonstrate strong telekinetic abilities. 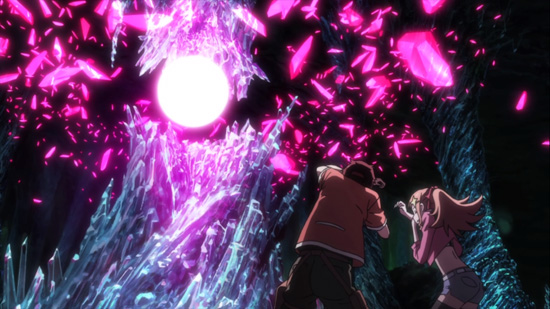 There’s also Kaon, Sogo’s childhood friend/potential love interest, and her would-be suitor Roman, who’s defined entirely by his incredible wealth and snobbish attitude. There’s Otto, Roman’s taciturn lackey. There’s Moura, the resident annoying mascot character with the affected speech pattern who transforms in a pinch into an enigmatic giant robot of unspeakable power. And there’s a shadowy council of elders who command various military personnel of questionable ethics. Together the military and the government serve as the primary antagonists of Comet Lucifer. Their dark and conspiratorial schemes oppose the principal cast of happy-go-lucky teens. Anyone who’s familiar with the mecha subgenre has seen all of these different elements many times before.

But what Comet Lucifer lacks in originality, it makes up for in production value. The world of Gift is a well-realized one, full of bright colors and beautiful background artwork. The setting conveys a sense of technology and culture that feels real and lived in, from the quaintly European architecture and cobbled streets to the funicular railway that transports people from one level of Garden Indigo to the next. The mechanical design is also very strong, with big, clunky, rectangular frameworks reserved for human-built robots and the more tapered, graceful, ovoid and triangular shapes indicating machines of unknown (and presumably non-human) origin. 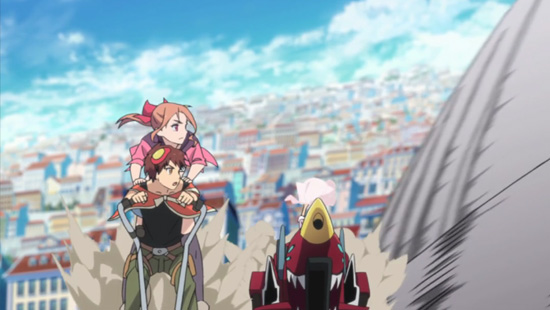 3DCG is used almost exclusively for giant robots and other large machines such as the massive clockwork telescope at the Observatory, but the 3DCG is well integrated. It blends in with the 2D animation, never becoming distracting or appearing out of place. The action sequences in which giant robots clash look spectacular. And the music—especially the opening theme performed by fhana and the ending theme performed by Ayaka Ohashi, Felia’s voice actress—is also excellent.

At the time of this writing, it’s too early to tell what sort of trajectory Comet Lucifer will follow. The title of the series suggests some allusion to Lucifer’s Hammer, a 1977 science fiction novel by Larry Niven and Jerry Pournelle that depicts a comet smashing into Planet Earth and causing a world-spanning extinction-level event. After viewing the first five episodes of this 12-episode series, there’s little to suggest that Comet Lucifer will go in a similar direction, except for the title and the antagonists’ apparent obsession with astronomy. 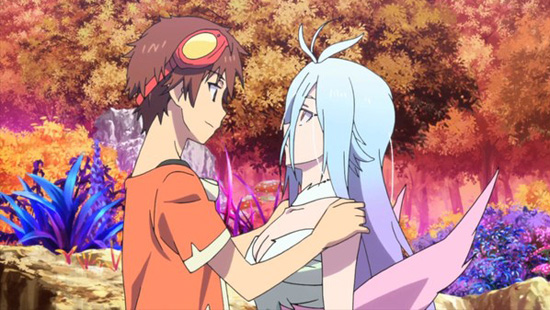 In the meantime, Comet Lucifer reminds me most of an old-fashioned super robot show from Sunrise Animation. The nearest comparisons I can draw are to things like Overman King Gainer (only without Yoshiyuki Tomino’s directorial idiosyncrasies) or King of Braves: GaoGaiGar (only without the toy-centric elements shoehorned into the production). It’s easy on the eyes and not particularly taxing on the brain, so I’m enjoying Comet Lucifer as a bit of light entertainment.