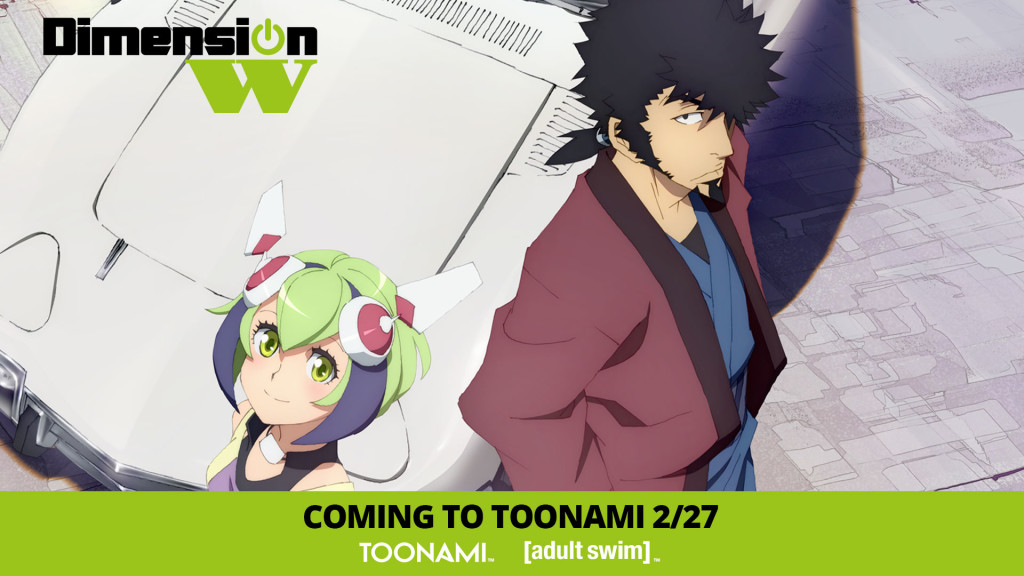 This afternoon Funimation joined in on the reveal of the next Adult Swim anime. With Akame ga Kill‘s run coming to a close, its replacement has been announced as Dimension W. The series joins the lineup on February 27, with English-dubbed episodes to air on the block every Saturday night/Sunday morning at 12:30am Eastern Time.

The dubbed Dimension W episodes will be exclusive to Adult Swim for two weeks before making their way to Funimation.com. Funimation is also rolling out a bi-weekly Dimension W production diary on YouTube, showing behind-the-scenes footage for the series.

In the year 2071, the world’s energy problems seem solved by a network of cross-dimensional electric-field inductors- “coils” -that extract energy from a seemingly infinite source. That source is the W dimension, a fourth plane that exists beyond the X, Y, and Z dimensions.

In this world, unofficial “illegal” coils harness powers that the police can’t hope to counter. Dealing with these coils is the job of coil-hating repo man Kyoma, whose run-in with the unique coil android Mira leads the two to form a reluctant partnership.

[Review] Comet Lucifer
Problem Children Are Coming from Another World Aren’t They? maps out an intricate fantasy world.