Sitting in a theatre full of people wearing 3D glasses, watching stock characters spouting clunky dialogue with the most wooden delivery imaginable, while a nonsensical jumble of third rate science fiction/war movie/zombie horror clichés simply occurs at you with merciless disregard for motivation, plot development or indeed any sort of coherence, one wonders if Sony Pictures are in fact playing a clever double game by deliberately setting out to recapture the 1950s glory days of sci-fi B-movie trash.

While not as relentlessly, brutally abysmal as July’s laugh-a-minute cinematic travesty Starship Troopers: Invasion, Resident Evil: Damnation shows similar disregard for even the basics of characterization. After a tedious expository montage sequence, U.S. agent Leon Kennedy drops into a nonspecific war torn ex-Soviet/Balkan composite nation, which let’s for the sake of argument call East Clichéslavia, populated by a mixture of naïve but pure-hearted natives and conniving political leaders, all competing with each other for who can do the most cringeworthy faux-Slavic Bond villain accent. Fortunately for the all-American Leon, comedy accents aside, they all speak perfect English. 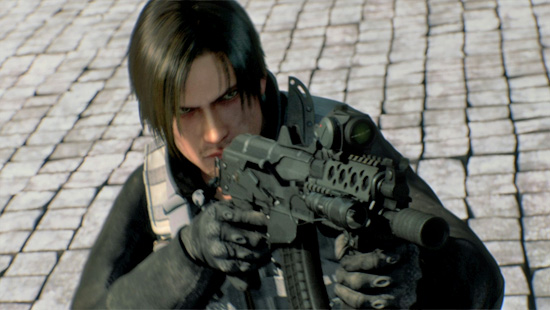 Also, occasionally dropping by to variously hinder and assist Leon, trade hopelessly sexless innuendo with him, and take part in a (I’m going to be generous here and say presumably intentionally) hilarious catfight is femme fatale and old acquaintance Ada Wong, who as you might imagine has her own fairly translucent agenda.

Why Leon is there can’t be so easily determined from the information the film gives us, since no sooner has he arrived in the war zone than he is ordered back out again. This happens so that he can show what an independent-minded hero and all-round great guy he is by going it alone, up against both the Clichéslavian army and a mass outbreak of zombies and other assorted biological monstrosities. Some might call this behavior stupid, but since Leon is a character from a video game where the primary goal is for the player to kill as many zombies and other assorted biological monstrosities as possible, this is actually what passes for motivation in this film. He’s the zombie killer, there are zombies here, ergo he must kill them. 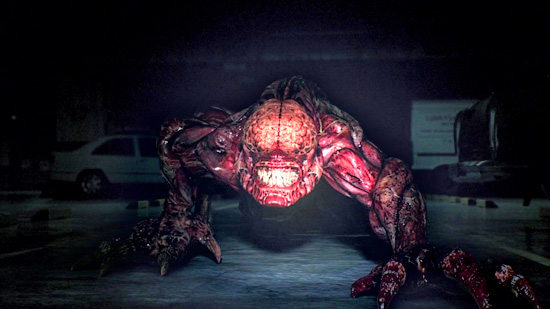 And kill them he does, when he’s not pontificating on the nature of war and violence. It’s an old saw of screenwriting that you should show, not tell. Resident Evil: Damnation, on the other hand, delights in showing and telling us completely contradictory things. Every once in a while, the film stops and informs us through some typically trite and hamfisted expository dialogue that fighting and shooting things is naughty and never solves anything, before it rolls out the next action set piece designed to show us that, no, actually fighting and shooting things is brilliant and ace and look! Wow! Bang! Booooom!

And this is where Resident Evil: Damnation actually picks up a few points, because some of the actions scenes are pretty well handled. In particular, the absurd but idiotically entertaining confrontation in a vast, eerie urban arena ringed by monumental Stalinist structures is a worthy climax, with director Makoto Kamiya wisely abandoning 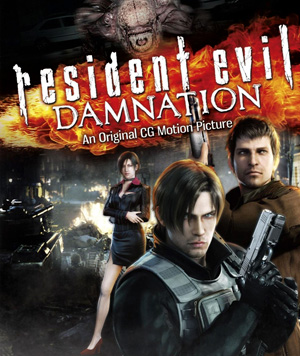 the film’s last remaining pretensions to being any kind of meaningfully scary horror film and diving headlong into a series of increasingly elaborate excuses for massive explosions and splatters of curiously sterile-feeling gore. It’s a silly, utterly emotionally unengaging, yet in the end, strangely hypnotic and entertaining scene. It’s like watching someone else play a video game really well.

In fact, in the end, that’s what Resident Evil: Damnation most resembles: watching someone play a Resident Evil game, with the ludicrous plot twists, willfully horrendous dialogue, dubious acting, paper-thin characters and trashy-yet-thrilling action sequences all in place. It fails in almost every respect as a piece of cinema, and yet on its own resolutely B-movie terms, it’s hard to hate it either.