While creator Eiichiro Oda is taking a break in preparation for ending the One Piece manga, Tamagotchi has announced not one, but two different One Piece Tamagotchi toys.

If you’ve ever wanted to digitally raise Tony Tony Chopper, here is your chance. The Choppertchi, a portmanteau of Chopper and Tamagotchi, will be released on February 25. Rather than opening with Chopper’s birth, it instead opens with him leaving Hiriluk and going out on his own.

Your parenting skills will affect his outcome. He might take on the Heavy Point, Guard Point, or Kung Fu Point forms. He’ll stay alive eating meat on a bone and cotton candy. And though you’re not raising them, other members of the Straw Hat crew will show up in the game to see Chopper. The Choppertchi costs 2,750 yen (about $21).

But not everything has been decided for the Choppertchi. Bandai, the creator of Tomagotchi, is also putting on a fan poll, showing five possible Choppertchi designs. Only two will be chosen for the final product, and it’s up to fans to say which ones. If you want to vote, here is the website. Just be aware it’s in Japanese. 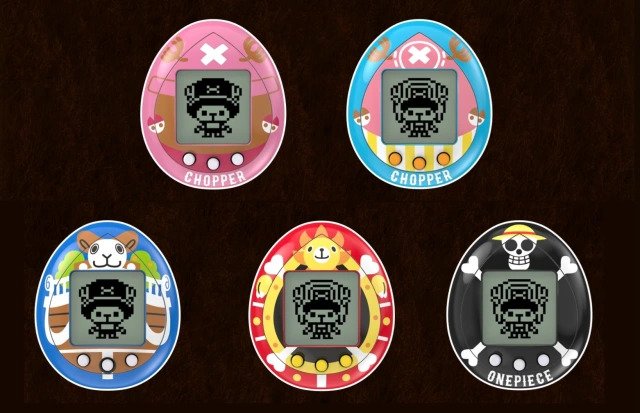 The other option is the Tamagotchi Smart x One Piece Friends addition, which is in color. In this version, iconic Tamagotchi characters are stylized to look like One Piece characters. Here is a trailer.

If you’re interested in this version, it’s part of the Tamagotchi Smart One Piece Special Set, which gets you One Piece Friends content, Tamagotchi Smart unit, and a strap. It costs 9,020 yen (about $67.06) and will become available on November 23.

What do you think of these Tamagotchi options? Considering how much Tamagotchi makes toys with different franchises (like SPY X FAMILY and Demon Slayer, for instance), it’s only fitting that they team up with One Piece.

The War of the Rohirrim Shares Cast, Including Actress Returning from Jackson’s Lord of the Rings
EXCLUSIVE REVEAL: Katsuya Terada’s Variant Cover for Shaolin Cowboy: Cruel to Be Kin