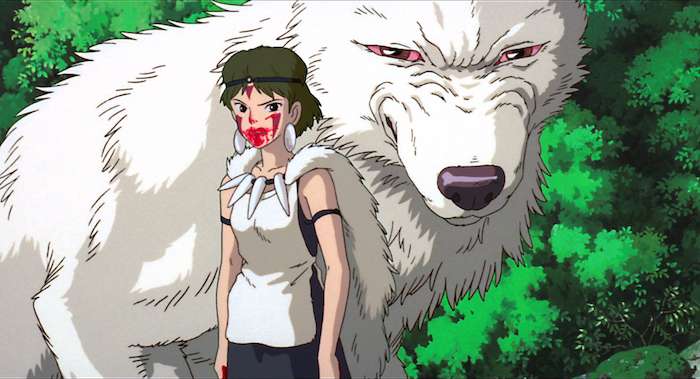 
In honor of director Hayao Miyazaki’s birthday and to celebrate the 20th anniversary of one of his beloved classics, Fathom Events and GKIDS are excited to bring the epic animated fantasy film,

back to cinemas nationwide on Thursday, January 5 (English Subtitles) and Monday, January 9 (English Dubbed) only.

Inflicted with a deadly curse, the young warrior Ashitaka heads into the forest in search of a cure. There, he meets the enigmatic Princess Mononoke, a young girl raised by wolves, who will stop at nothing to prevent the humans from destroying her home, and the forest spirits and animal gods who live there. This classic story of the conflict between nature and civilization, and what it means to be human, has dazzled audiences for years with its iconic characters, action-packed battle scenes, and sweeping scope.

Two reasons to celebrate! Two nights to join in on the celebration!