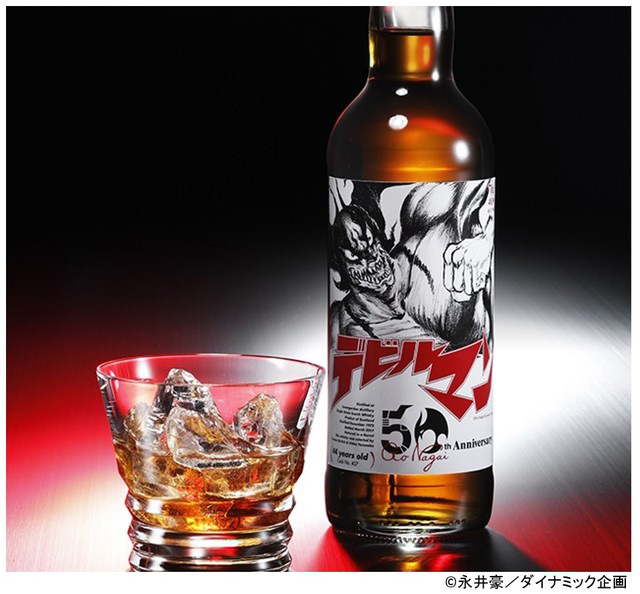 Whether you’re a longtime follower of Go Nagai’s Devilman or one of the many new fans inspired by Masaaki Yuasa’s Netflix series Devilman Crybaby, you may be interested in this just-announced whiskey inspired by the franchise.

But be warned: the price may turn you into a crybaby.

The whiskey, which celebrates the 50th anniversary of the publication of Go Nagai’s first manga, has a vintage of 1972. That’s the year Devilman made his debut in Weekly Shonen Magazine. Distilled in the Scottish town of Invergordon, it has a mild flavor and 48.9% alcohol content.

If you’re undeterred and of legal drinking age (and have a friend in Japan), the whiskey is up for order here.