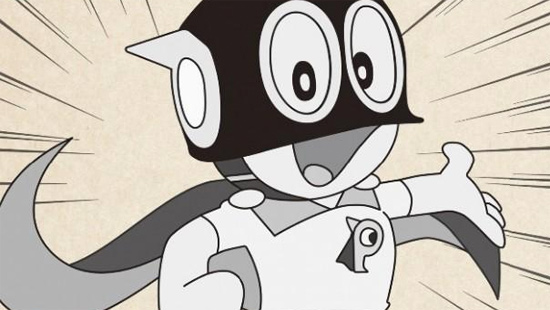 For most fans with a casual knowledge of anime history (myself included), there’s a pretty massive gap in the chronology between the black-and-white debut of Tetsuwan Atom (Astro Boy) in 1963 and, say, the superhero team shows of the early 70s like Gatchaman.

One link in that chain is Perman, a superhero parody that ran for a year between 1967 and ’68. Perman (add “su” to the front his name to get the joke) was a creation of Fujiko F. Fujio, actually a two-man creative team whose most famous work is Doraemon. Perman was animated at TMS, where the first Lupin series would be made just a few years later, and also shares with Lupin episode director Masaaki Osumi.

Perman’s in the news thanks to a new DVD box set out in Japan that collects the series, and while we’re not exactly advocating going out and buying this thing, we do totally recommend at least watching the trailer, embedded here. Anime’s got a long and wild history, and it’s definitely worth studying.