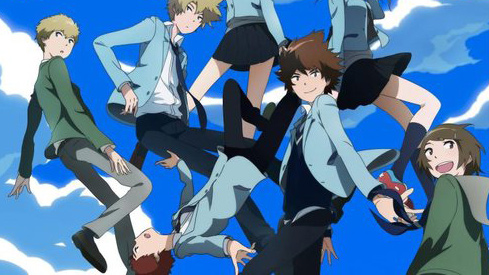 Some nice news for those looking forward to the upcoming Digimon Adventure tri., the sequel to the original 1999 Digimon series: all eight of the original main cast members will be returning to reprise their roles.

It initially looked like Palmon’s original voice actress, Shihomi Mizowaki, had been replaced, but Kinoko Yamada is apparently her alternate stage name.

The seventh Digimon anime series and the 15th anniversary project, tri. will premiere in April.