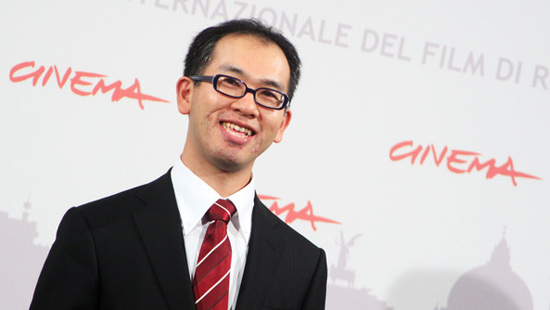 Director Hiromasa Yonebayashi revealed he resigned from Studio Ghibli at the end of last year at a talk event on the 12th centered around his latest film, When Marnie Was There.

When asked about what his next film might be, Yonebayashi responded, “I’m not at Ghibli. I quit at the end of the year and I’m not there anymore.”

Yonebayashi went on to repeat some of the comments he made last week about what kind of anime he’d like to make next, saying he’d like to do something “lighthearted” or “fantasy” different from Marnie.

He revealed he’s been talking about his next project with Ghibli producer Nishimura Yoshiaki, so it’s possible he may continue to work with the studio as an independent director.

Yonebayashi directed Studio Ghibli’s When Marnie Was There and The Secret World of Arrietty. He had been at the studio since at least 1997, when he did in-between and clean-up animation on Princess Mononoke. He did key animation on Spirited Away, Howl’s Moving Castle, Ponyo and From Up on Poppy Hill.

Yonebayashi’s departure leaves more question marks about the future of the studio, which is currently “open for business, but not producing anything.”