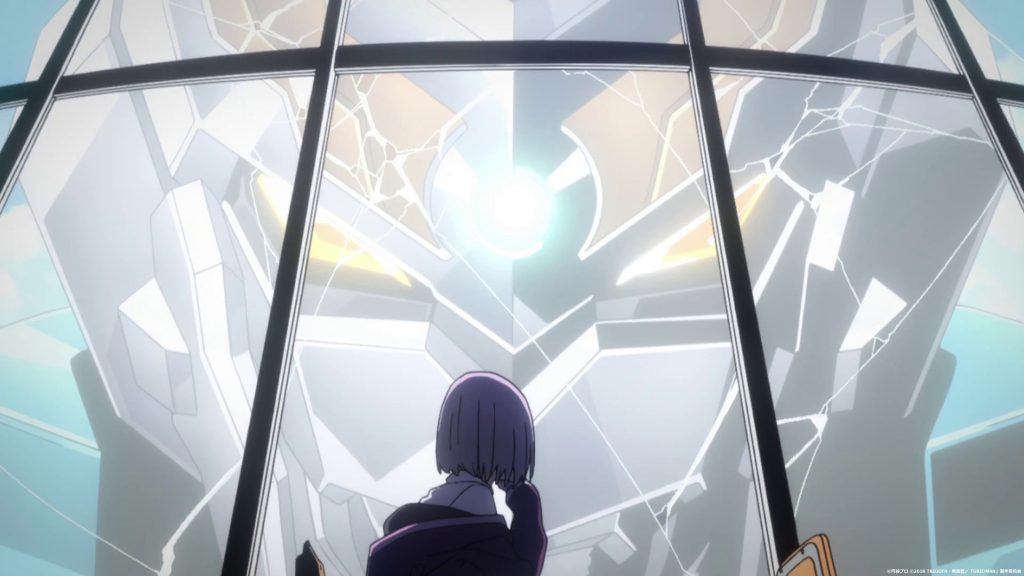 Tired of showing friends and colleagues blank walls or messy rooms during video calls? Check out these free backgrounds courtesy Tsuburaya Productions, the creators of Ultraman and its various spinoffs.

Released today as part of the company’s “Stay At Home With ULTRAMAN” campaign, the backgrounds are pulled from the recent CG Ultraman series and the anime SSSS.GRIDMAN.

Set these as your background on Zoom or Skype and enjoy powered-up calls. We’re told some of them only work for three minutes, though…

Ultraman (2019) was co-directed by Kenji Kamiyama and Shinji Aramaki, and debuted on Netflix April 1, 2019. A second season is in the works. Here’s how Netflix describes it:

Decades ago, a hero from the stars left the world in peace. Now, the son of Ultraman must rise to protect the Earth from a new alien threat.

SSSS.GRIDMAN aired in 2018, and was directed by Akira Amemiya. Here’s how Funimation describes it: