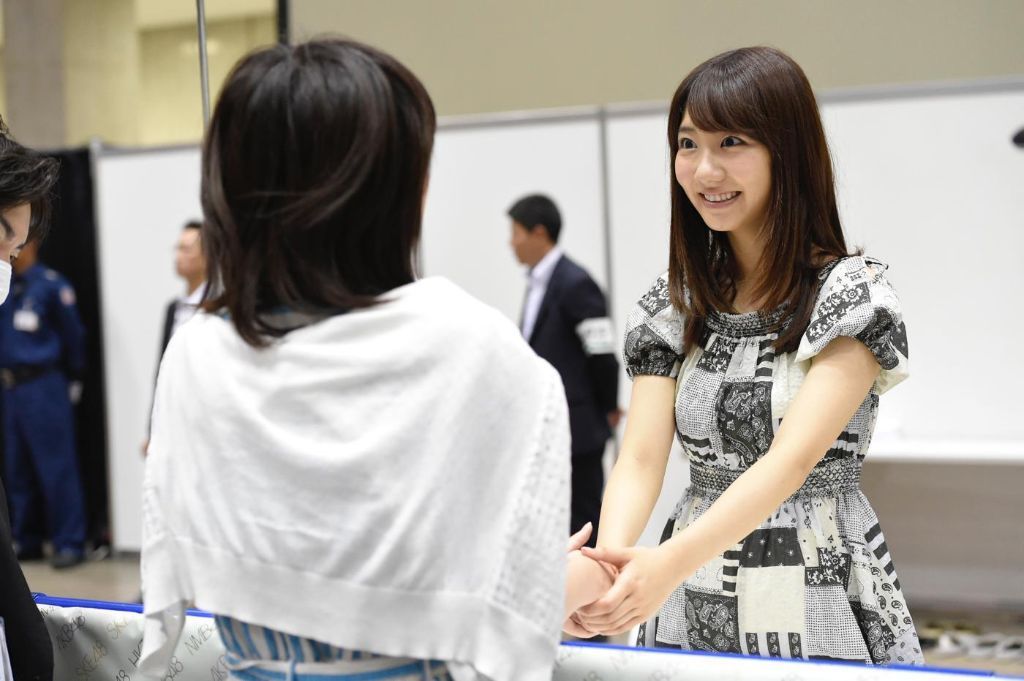 Musicians and other artists are getting inventive in the face of COVID-19, holding free streaming concerts and the like. But this might be the most, uh, creative idea we’ve heard of yet.

AKB48, the chart-dominating, many-member-having pop group from Akihabara, Tokyo, is famous for its handshake events, where fans who have saved up special tickets (read: bought a ton of AKB48 CDs) can shake the hand of their favorite group member.

These events became controversial in 2014 when two members were attacked by a blade-wielding man, but they’ve proceeded (with enhanced security) since then.

No security required for this new plan, though: AKB48 and its sister groups will hold remote handshake events starting May 4. Videos of the members, ostensibly giving fans a message then “air handshaking,” will be uploaded one by one on the groups’ official Twitter feeds. Here’s the schedule and feed for each of the groups (Japan time, natch):

Another AKB48 sister group, Nogizaka46, actually offered air handshakes way back in 2016 in the wake of several idol-related attacks.

What a world, man.