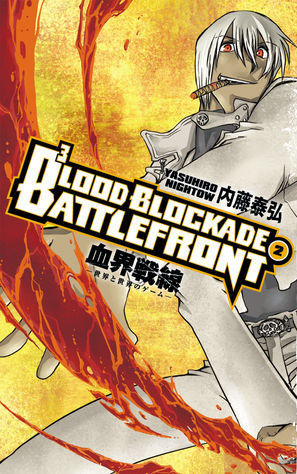 I’m back from the Toronto Comics Art Festival, which took place this past weekend, and I’m charged for comics! I returned with a stack of manga and an even bigger stack of original works from artists all around the world. It was indeed a great weekend, not to mention being Free Comic Book Day. I should be all unpacked and rested just in time for this week’s new manga to hit store shelves too – the perfect comic storm cycle!

Dark Horse starts us off by bringing a fan-favorite back to print with their omnibus release of FLCL. Better known for the anime, fans can now re-visit the story about a young man who finds his head is now a portal for armed robots and his household now serviced by a space-assassin as the maid. If that brief synopsis doesn’t already suggest how crazy this story can get, then let me assure you, it gets pretty crazy. This edition collects the whole thing in one-go plus several full-color pages and a new English script.

Continuing the release of a new series by fan-favorite creator Yasuhiro Nightow (best known for Trigun), Dark Horse is also publishing the second volume of Blood Blockade Battlefront. It’s about a group of individuals with super abilities who work together to deal with the fallout of a cross-dimensional breach that has left New Yorkers dealing with an assortment of otherworldly creatures. 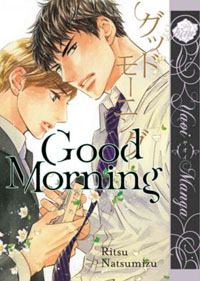 Digital Manga, meanwhile, has a new boys’ love one-shot hitting bookstore shelves – Ritsu Natsumizu’s Good Morning. While at first it looks like just another business man BL, the synopsis suggests it has some unique story quirks that could potentially rise it from the crowd:

“One morning, Hayashi wakes up naked – next to another man. That man: Shinohara, a client everyone says is gay! Hayashi, hung over with no memory of the night before, is horrified when Shinohara tells him they slept together. He doesn’t know Shinohara is lying! Plus, normally a cool character, Shinohara’s turned beet red, and he’s crying and yelling… and incredibly, Hayashi thinks this new Shinohara is kinda cute!”

A new Shigeru Mizuki comes to the waiting hands of English readers with Drawn & Quarterly’s release of NonNonBa. NonNonba is based off the childhood of the author himself and the friendship he had with an old woman who told him stories about yokai. It toys with readers and characters alike in that you’re never really sure if yokai are real or not – is it their imagination or do the yokai really live all around them? Jason Thompson – fellow Otaku USA writer (among being one of the most knowledge voices of manga out there) – wrote a great article [https://www.animenewsnetwork.com/house-of-1000-manga/2012-05-03] about Shigeru Mizuki where he discusses NonNonBa at length. If you’re not sure about this one, allow Jason to eloquently change your mind! 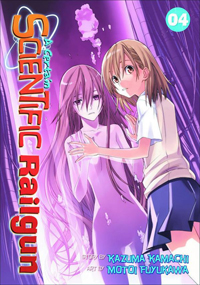 Seven Seas is putting out another volume of their ongoing series, A Certain Scientific Railgun. The adventures continue in this fourth volume about a group of powerful psychics who use their abilities to solve mysteries within the city that teaches and harnesses abilities like theirs for a limitless number of uses.

A new series beginning this week is Flowers of Evil (Vol.01) from Vertical Inc. Inspired by the poetry of Charles Baudelaire, and in some ways reminiscent of Yen Press’s Sundome, Flowers of Evil is a twisted little story about a boy who is blackmailed into feeding the sadistic appetite of a girl in his class after she witnesses something he did. This first volume sets up the tense dynamics between its leads and leaves a lot to wonder about how these personal power plays are going to develop.

Viz Media caps off the week with two series better known to the manga readers at large with InuYasha VIZBig (Vol.11) and Naruto (Vol.56). In Naruto the battle 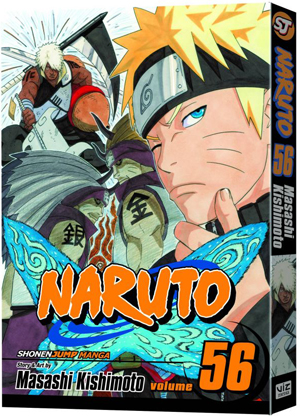 continues against a hoard of ninja zombies! Well, not exactly, but that doesn’t make an army of old characters reanimated for the sake of being used against you any easier to deal with.