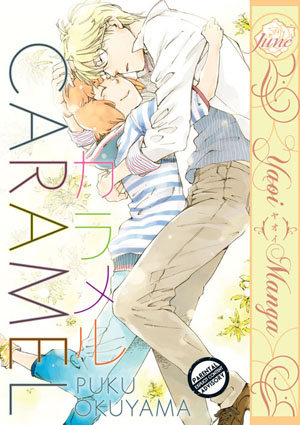 Happy New Year! There were no new manga releases last week because of the holidays, but most manga publishers stepped up to be the first to release new books into the wild unknowns of 2013.

Digital Manga dropped a boys’ love bombshell when they announced recently that they were postponing all their boys’ love printing for almost a year. It leaves their current series and numerous one-shots hanging in the breeze. For now at least they’ve still got some new books hitting store shelves as distributors get caught up with their late 2012 releases. Enjoy while you can, print lovers! This week that includes three standalones and the continuation of their series, I’ve Seen It All.

Caramel is a book I’ve been looking forward to ever since I read the author’s previously English released title, Whispers of Love. Puku Okuyama has a really cute art style and the stories in Whisper of Love had some really funny moments that I hope carry over to Caramel. In this one-shot, the story follows an adorable young man named Iori who has just moved to the big city and gets himself in an assortment of new, exciting and weird situations with his new roommate.

Love Makes Everything Right marks the return of Sanae Rokuya, whose previous works were published by Digital Manga back in 2008. This one definitely sounds rife with BL comedic potential as a job hunter finds himself employed at a place selling “adult goods” and at the constant harassing whims of the company’s slick secretary.

Much more on the dramatic side of things is Ninth Life Love, where a young man in mourning over the loss of his cat is surprised to meet an individual who seems remarkably familiar. He may be given a second chance at time with his best friend but there are certain conditions that need to be met in order to sustain the miracle. 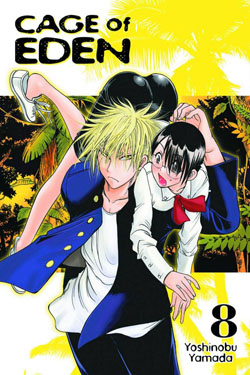 Kodansha Comics’ first of 2013 is the newest volume of Cage of Eden. In this eighth volume, the survivors have made it to the peak of the Demonic Mountain. However, instead of salvation, they discover a truth about the island that makes their grim situation all the more dire.

Vertical Inc. hits the new year strong with some more Tezuka and the second volume of the Stan Lee brainchild, Heroman. In book two, young Joseph Jones must learn more about how to work alongside his new friend – the mega mecha Heroman that his newly rebuilt action figure transforms into. Time for acquaintances is short, though, with an invading army of alien insects to contend with.

Message to Adolf (Vol.02) is the second, and last, volume of Vertical Inc’s re-release of the series in these fancy hardcover editions. This story of multiple Adolfs, whose lives are unexpectedly woven together during World War II, is one of my favorite of Tezuka’s dramatic works. It’s also one of his last finished pieces. Vertical’s editions are hefty 600 page installments so prepare to both love and lug!

Viz Media, who always has a big shipping week during a month’s first new-comic-day, made no exception despite the holidays and has a stack of new goodies to greet 2013 with. All the books are continuations of currently on-going series. 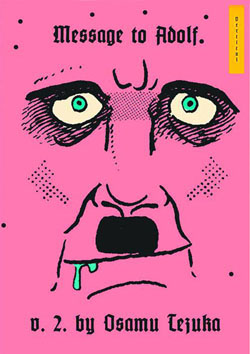 This week’s Bleach (Vol.54) marks the end of Viz Media’s speed-up for the series. They’ve been releasing two volumes a month every month for much of 2012, but now that they’ve almost completely caught up to the Japanese editions, they can return to their more spaced out releases. Volume fifty-three welcomed the return of many familiar Shinigami allies as they face off against the new enemy who wield some of the series’ weirdest powers to date. The Shinigami have also given Ichigo the much needed power boost that he needs, yet with his friends currently caught in the crossfire, he needs to be careful how he tackles a fight against someone that can affect history itself.

There was recently a special two part short story for Hunter x Hunter in Shonen Jump that really piqued my interest in the series again. Even though the current storyline doesn’t have much in the way of the short story’s protagonist, volume twenty-nine is a welcome sight. It ups the current stakes as the Chimera Ant King’s fusion with his guards makes him stronger and more dangerous than ever, and a desperate move is needed to survive his transformation.

In Oresama Teacher (Vol.12), the recent enemy is on their way to becoming a new friend as Mafuyu refuses to take her defeat by Ayabe Reito lying down. While attempting to learn more about him to be ready for next time, she discovers that there’s trouble at the Reito household and is determined to see something done about it. Meddling makes thing a little complicated in Otomen (Vol.14), as well, when Asuka pushes his cousin Kasuga into confessing their feelings.

If you want something really complicated, you usually needn’t look much further than a story about time travel, but Psyren manages to remain pretty easy to follow despite the constant flexing of the space time continuum. In volume eight, Ageha travels to the future and meets friends he thought had died a long time ago. They share with him facts about the harsh reality to come in the days that make up their past and Ageha’s possible future. 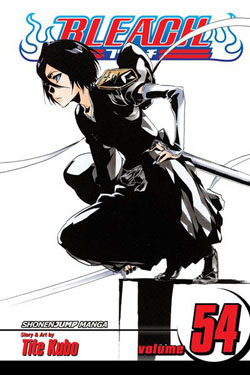 The future – or is it the past? – has a big role to play in Ultimo (Vol.08) also. This is the second title out this week conceived by Marvel-known Stan Lee. Ultimo continues to delve into some often confusing but still interesting material as we learn more about the creation of Ultimo and Vice and how it affected the life of a police officer from the 29th century.