Notes from Nippon: Connecting the Stations of History 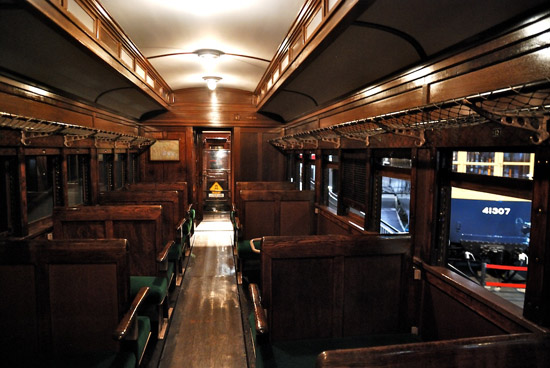 So trains are everywhere in Japan. That should come as no surprise to anyone who has heard the ping-ping-ping-ping of a Hideaki Anno or Makoto Shinkai sepia-tinged railroad crossing. Japan loves its trains and with good reason. Anyone who has endured the dirtiness of a New York subway or the laughable (in)accessibility of the San Diego Trolley would find the nation-wide network of Japan Rail (JR) to be like mana from the heavens. Spanning over 100 years of history, it has served as the national symbol of Japan’s modern industry and there’s little wonder that a museum exists to house it all.
Located in Omiya city, home to one of Japan’s busiest train stations outside of Tokyo, even the pathway leading up to it is set up as a pilgrimage. The two-kilometer trek from the station’s west exit has all the pomp and circumstance of a trip to Disneyland, except in Mickey’s place is a steam-powered locomotive from the Meiji era. Along the way, signs displaying information about various JR Trains in operation dot the street along with old train bars and a charming train design on the fence along the sidewalk. 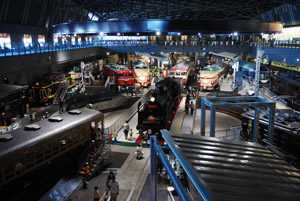 The entrance to the museum is similarly in line with its subject. Instead of a ticket booth, visitors pay for their entrance via a machine, much like any given train station. Of course, one can even pay using one of the many rail pass cards provided they have enough money charged on it.
The designers of the place knew exactly what they were doing by including these cutesy flourishes. After all, trains are a niche hobby and, like many niche hobbies, the two biggest audiences for trains are children and otaku who never quite grew up. Things like being able to use our Suica cards are the things that we – err – they go nuts for. It should go without saying that the presentation on the inside is no less detailed and lovingly crafted.
The entire place is essentially a cathedral for trains of the past, right down to including a stained glass window. The entire top floor is full of JR memorabilia from the railway’s British origins to the present while the bottom floor is a smorgasbord of train cars that one can enter and look around in. (Sitting is also permitted but you must supply your own chugga-chugga sounds.) Express trains that have long since ridden their last rail; war-time trains; hourly demonstrations of the nation’s first steam locomotive and, yes, a hall dedicated exclusively to the first Shinkansen, or as I like to call it, the airplane on wheels. It’s all here.
Even those who don’t care the slightest for big machines and the people who ride them will find something to like. After all, the train has been around for most of Japan’s post-Perry history and there is a definite sense of legacy. This isn’t just about seeing kitschy dioramas of the Chuo line, but that these machines have become an integral part of the history and culture of the country. There are several videos putting the trains in the context of Japan’s economic hardship and recovery over the ages, which will make any armchair historians or sociologists drool. 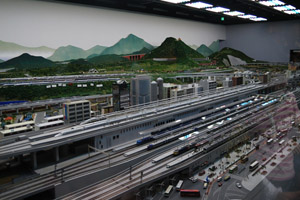 Especially noteworthy of this is the Shinkansen hall. Entering the room, you are greeted with a replica of how the Series 0 Shinkansen looked on its maiden ride from Tokyo to Osaka. The speed of the train itself aside, the history of its development is quite novel. Originally the Shinkansen was conceived to be a part of an Asia-wide network of trains—do recall that Japan had Korea, the Philippines and parts of China well under its control for much of the early 20th century. In fact, parts of the technology employed in the final product in Japan were given a test run in Japan’s territory in Manchuria. However, when the war went downhill, the project was cancelled until years later, which coincided with the 1964 Tokyo Olympics that gave the nation much-needed positive coverage as not just an island of fish-eaters following the brutality of World War II.
While the comparison may seem ludicrous, after seeing how the Instant Ramen Museum decided to paint its history with large glaring omissions, it was refreshing to see an upfront take on the past and present. As can be expected in a country where a guy gets praised on how well he uses chopsticks, the underlying patriotic rhetoric is fully present, but it’s much more nuanced and never at the expense of truth. Unlike the immaculate, sleek trains jetting across the countryside, they’re not afraid to show that sometimes it needs to get a little dirty to get things done. 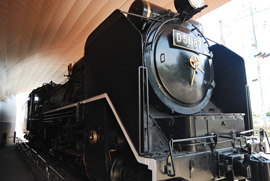 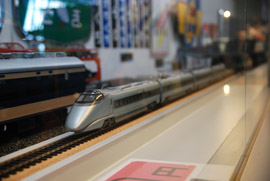 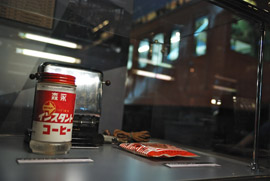 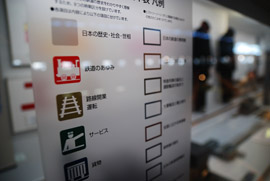 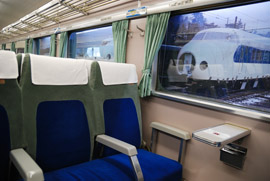 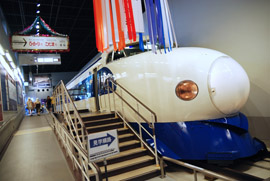 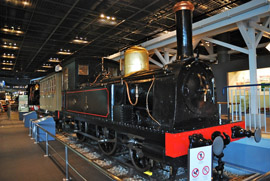 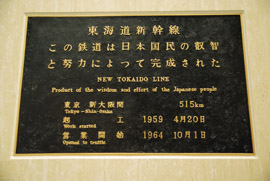