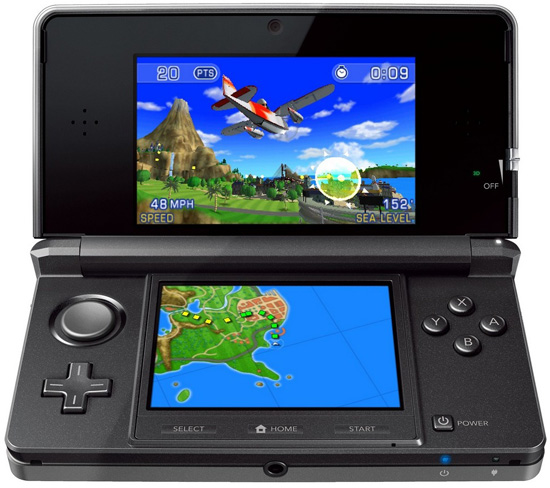 Quarter after 12 AM on Sunday, March 27 the line was nearly inside the door. I heard that at its peak it reached a block and a half away, which doesn’t seem that long, but even the few people standing on the sidewalk in front of Gamestop were enough to prompt passers-by to ask what we were doing there, “The Nintendo 3DS comes out tonight.” 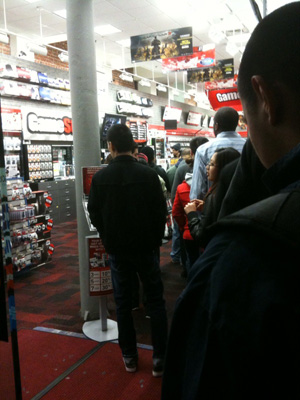 It was hard to tell how many people there were genuinely excited about the prospect of no-glasses 3D visuals vs. just wanting to acquire the latest Nintendo gear, whatever it may have been. Some had the tech geek air, but at least one guy I talked to was in attendance to make his girlfriend happy, because nothing says love like Nintendogs in 3D.

It seemed telling to me, though, that the guy ahead of me was picking up a 3DS and… Pokémon Black/White. He asked about The Sims, but it was apparently not available yet (although Nintendo’s website still lists it as a March 27 release). So what is a launch title (a miserable pile of secrets? – ed)? Steel Diver, for submarine action, Nintendogs + Cats for puppy action, Super Street Fighter IV for action action. I definitely reserved a copy of Pilotwings Resort, based more or less on fond memories of the N64 game, and Bust-A-Move Universe seems like it could have some potential in 3D. Check back soon for more on some of these games, as well as an eye-strain update.