It was already in the cards that we’d be receiving enhanced ports of two of Capcom’s finest entries in the Resident Evil franchise: RE4 and Code Veronica. Now Capcom has confirmed that both will be available as downloads via Xbox Live and Playstation Network.

You can get a look at just how enhanced the visuals will be below. The original Resident Evil 4 graphics are on the left, with the upgraded visuals on the right. As fuzzy as my memory can be sometimes, I’m pretty confident that RE4 never looked quite that muddy, but I’ll just have to take Capcom’s word for it. 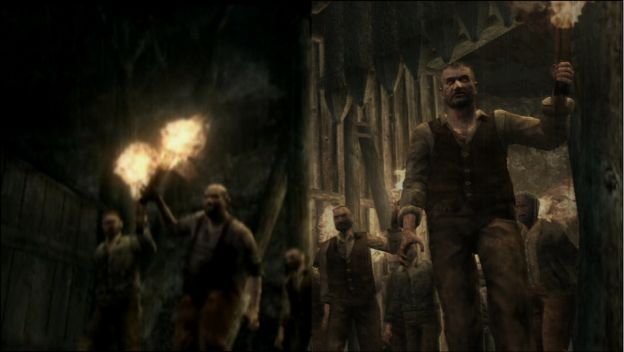 The enhanced ports of both Code Veronica and Resident Evil 4 are scheduled for release this fall in North America. No word yet on whether or not the PSN version of the latter will support Move controls.