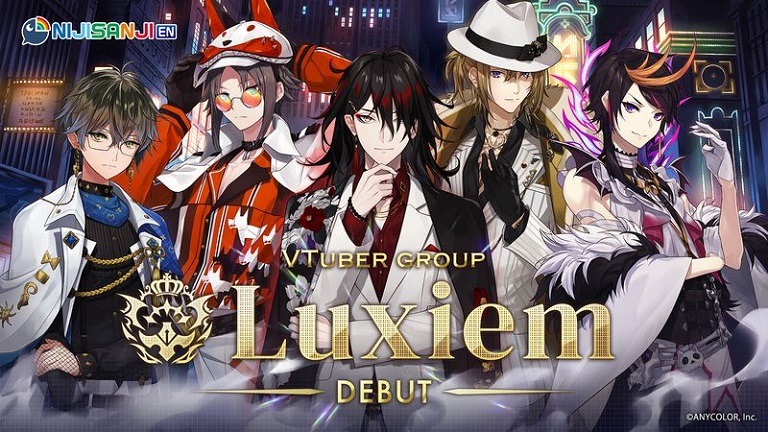 In October it was revealed there are now more than 16,000 Virtual YouTubers out there, and five more just joined the ranks. While VTubers tend to be women, NIJISANJI English is debuting its “Luxiem” group, which is made up of men. It’s already releasing videos and information about the boys.

Ike Eveland, who has dark hair, glasses and long earrings, is described as “a Novelist from the past who seems somewhat closed-off. When an idea for his next work sparks, he becomes a completely different person.”

Mysta Rias, who has round sunglasses and a hat with long ears, is described as “a Detective from the past known for his eccentric nature. As a natural-born genius, he solved countless mysteries with his keen deduction skills.”

Vox Akuma, who has long black hair with some red in it, is described as “a Demon from the past who held great power. Though confident in his superhuman abilities, he looks after those who are loyal to him.”

Luca Kaneshiro, who has blond hair, a white hat and a tattoo on his chest and neck, is described as “a Mafia boss from the past with a slight temper. Always down for a fight, whether it’s to show-off his own strength or to protect the weak.”

Shu Yamino, who has streaks of pink, purple and orange in his hair, and purple eyes, is described as “a sorcerer from the past with mysterious abilities. Though kind-hearted, he can call down a malediction upon those who wrong him.”

Here is the video for their first song, “Hope in the dark,” which was both written and produced by DJ ChibaNyan.

And of course there will be plenty more videos being released, and each man also gets his own YouTube channel.