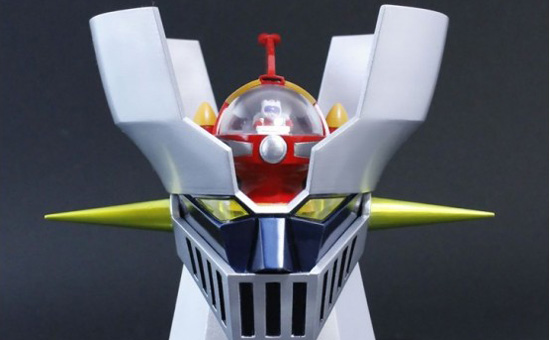 You know what’s sweet about robots? Docking. Docking definitely rules. Admit it, it’s totally satisfying when two giant mechanical pieces lock into place like Legos. When two fire engines dock? That’s pretty cool. When a man flies his little hovercraft into the head of a giant robot to turn it on? Man, that’s sweet as hell. 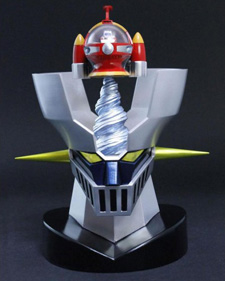 Evolution Toy understands this feeling and have produced a toy specifically devoted to replicating this experience on your desk. The Metal Action Jet Pilder set consists of a metal replica of the jet-powered pilot’s vehicle from Mazinger Z (the successor to the aforementioned hovercraft) and a huge, presumably plastic, model of the robot’s head. Of course, the idea of the toy is to raise the Pilder up in the air and yell PILDER ON!! while lowering it slowly into the head of the robot. The really cool part is when you take the Pilder out of the head, and then just repeat the procedure 100 times in the safety and privacy of your own home.

Evo Toy asks 10,000 yen– about a hundred bucks– for this privilege, and I’m like “whatever, take it” as I fling my wallet out the window. The release is set for October.