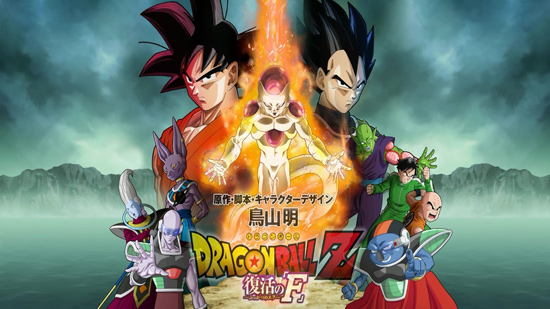 Big (like, literally big) news out today regarding the upcoming Dragon Ball Z film Fukkatsu no F. The new film will be the first Japanese movie ever to debut in the IMAX 3D format.
Fukkatsu no F will open on 18 IMAX 3D screens throughout Japan when it’s released this April 18.

Dragon Ball Z: Fukkatsu no F is, of course, the brand-new DBZ film that promises the resurrection of Dragon Ball baddie Frieza. A sequel of sorts to the 2013 film Battle of Gods, Fukkatsu no F is supervised by series creator Akira Toriyama. As we previously reported, artists Momoiro Clover Z and Maximum the Hormone will be providing music for the film.

This news, while no doubt welcome for fans of Dragon Ball Z, does leave one to wonder what exactly will pop out of the screen in what appears to be a traditionally animated, two-dimensional film.

Some dragons, perhaps? And… some balls?