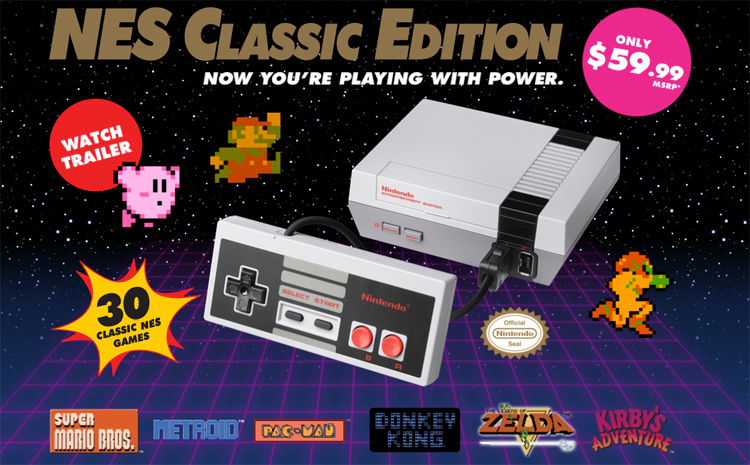 The NES Classic Edition, the retro gadget that launched the current mini-console boom, was not easy to find upon its release back in late 2016.

to help folks who didn’t get their hands on it the first time, Nintendo of America is rereleasing the Classic Edition this June 29.

Japan will also get another chance to get its hands on the Famicom equivalent June 28.

Speaking of Japan, they’re also getting a Shonen Jump-branded version of the Famicom Mini this July to celebrate that magazine’s 50th anniversary. That version will come with licensed games based on Shonen Jump manga (think Dragon Ball, Captain Tsubasa, etc.).

Anyway, back to here in the States, the upcoming rerelease of the NES Classic Edition is supposed to put the console back on shelves for the rest of the year, but if demand is anything like last time, we wouldn’t wait too long.

#NESClassic Edition will return to stores on June 29! This system and the #SNESClassic Edition system are expected to be available through the end of the year. https://t.co/LclbG5m4ta pic.twitter.com/1PcXBI5qJC