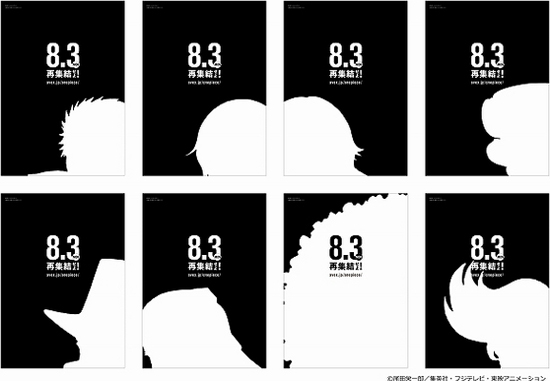 What does it all mean?

Japanese fans of One Piece were left scratching their heads this morning with an update to the series’ official site, which shows eight characters in silhouette with a countdown timer to August 3.

In addition, the images include the text “saishuketsu!” meaning “reunite the crew!”

It’s all speculation for now, but we’ll be sure to check back in August 3 and fill you in on all the deets.

But for now, One Piece fans, what do you make of this? Start speculatin’!